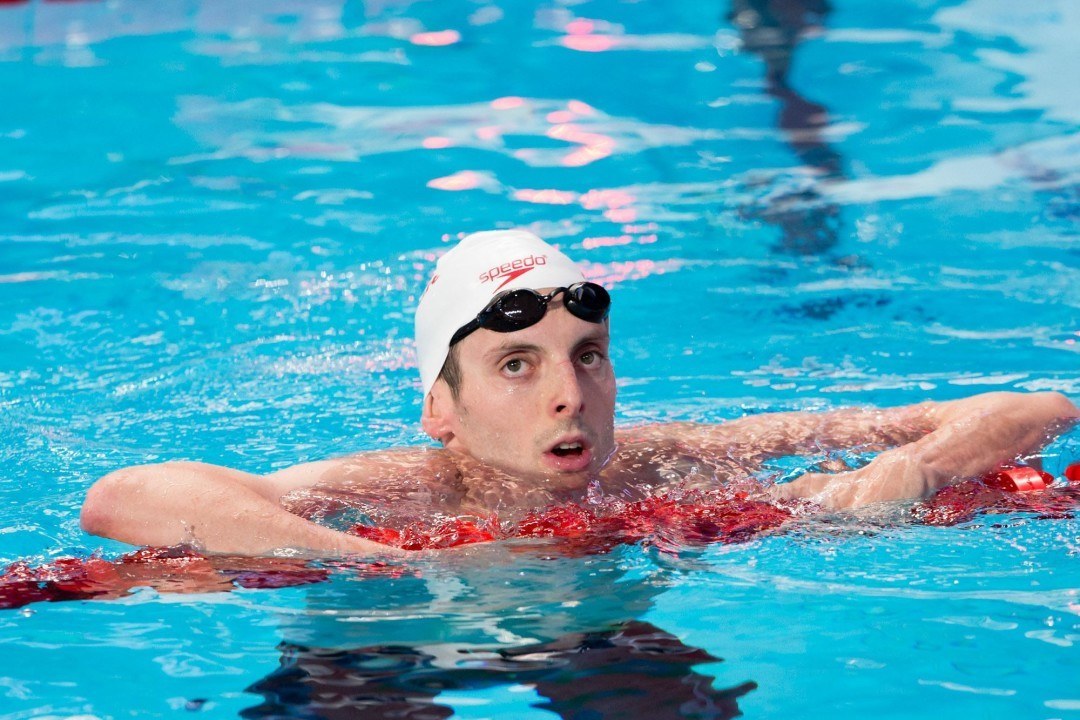 "I don’t think it’s fair that an entire country can’t go, because there are clean athletes in Russia." Current photo via Tim Binning/TheSwimPictures.com

14-year-old Summer McIntosh sat down with SwimSwam’s Coleman Hodges to reflect upon her first Olympic Games, where she set multiple Canadian records.

Canadian Ryan Cochrane will look to stand on the podium for the third Olympics in row after winning the bronze in the 1500 freestyle at the 2008 Games and then the silver at the Games in 2012. Cochrane’s challenge this time around may be a little tougher as he is entering Rio with a 2015 season’s best of 14:51.08 compared to his 2011 best of 14:44.46.

He will have to contend with swimmers who have made significant improvements since 2012, which includes world champion Gregorio Paltrinieri of Italy, Australian youngster Mack Horton and American Connor Jaeger. He will also once again face long time foe 2012 Olympic gold medalist and world record holder Sun Yang of China.

Despite his competition Cochrane in confident in his abilities against any athlete clean or not, “As an athlete you do everything you can to stay clean and race against the best in the world,” Cochrane told Yahoo Sports. “The upside for me is that even if my competitors are doping, or even if they’re not, I feel competitive still, I feel like I have a chance of beating them. That’s a really good place to be mentally.”

At the last two Olympics Cochrane was joined on the podium by athletes who have suffered penalties for doping violations, which include 2008 Olympic gold medalist Ous Mellouli and Sun.

With the controversy surrounding the punishment or lack thereof handed out to the Russian team Cochrane feels that it would have been unfair to put all of the country’s athletes in the same boat and not allow them to compete, “A lot of my competitors have had doping violations – quite a few of them. It’s frustrating,” he said. “I really don’t know what the right answer is. I don’t think it’s fair to that an entire country can’t go, because there are clean athletes in Russia. I can’t imagine being a clean athlete who does everything possible to stay on the right, and not being able to go to the Olympics because of other people’s faults. But that said, the narrative of doping in the last year or two has been … frustrating.”

Another thing that Cochrane is confident in is the measures that Swimming Canada and the Canadian Olympic Association have taken to ensure that athletes from his home nation are clean, ”

“I’ve been tested twice a day, four times in a week,” Cochrane said Monday, on the deck of the Pan Am Sports Centre. “It’s constant in Canada. We do our due diligence to make sure our athletes are clean.

“I don’t think that’s the case in every country. As an athlete you just wish it was even across the board – that every country was doing what they could to instil that kind of attitude among their athletes – but it’s not.”

I don’t think anyone wants to see clean athletes robbed of the chance to compete.

The problem is that when the McLaren report finds that there were state sponsored cover ups there is no way of knowing who should have failed a test but didn’t because of a cover up.

There’s also no way of knowing how much athletes knew, ie. did vlad morozov know his country was destroying samples that would eventually implicate him?

Coming from an athlete from Island Swimming, who have trained two athletes in the last Olympic cycle that have faced doping violations, I think Cochrane has a great perspective on the fairness of doping control. Allowing clean athletes given what’s happened in Russian sport is easier said than done, but I think if athletes can find a way to provide proof of passing 10+ annual doping tests from an exterior (international, or just anyone not Russian) in the past couple years they should be able to compete.

Russians or no, doesn’t change the fact that you still have to swim fast. That’s the way any Olympians should be looking at the issue at this point.

This narrative of Ous Mellouli “doping” or even so much as being slipped into the same sentence as Sun Yang truly makes me sick.

Ous was, sadly, the one of a kind guy who was 100% forthright about what he did, apologized and faced it without pause. He exercised poor discretion to have taken Adderall to stay awake to finish an academic paper all night before leaving for an in heavy training December meet in Orlando. Shall we shame Gary Hall Jr next for marijuana once upon a time as “doping”?!? This is absurd and from the bottom of the deck. You’re better than that, SwimSwam.

Joel – all that was written was a statement of a fact that he suffered a penalty. There is no judgement by made within the article.

Not so quick .Ous stood on the podium knowing he had an infraction that his federation ( aka his dad) said no biggie . NCAA did not care either . He ought to have suspended himself .

Ous was not supposed to train during his ban with any USA Swimming or FINA-affiliated coaches.

And yet a month after his convenient retroactive doping finished, he became Olympics champion.

Who trained him?
Couldn’t have been Salo and his Trojans team because that would meant they broke the rule.

If he trained with Salo, then both he and Salo have cheated. AGAIN.

“The Rules Don’t Apply” in Southern California Swimming. I even contacted Bill Krumm, Sport Development Consultant for USA Swimming and he wrote back “SCS is run very different from most LSC’s, and I would suggest you contact their Executive Director (Mary Jo Swalley) for assistance”. When I informed him that she was contacted and part of the problem, I never heard back.

Are there clean Russian athletes? I say that in all seriousness. I believe they didn’t have a choice; cheat or don’t compete.

Are there any US clean athletes? I don’t think so. Maybe some people think we don’t have any mind at all to think.