Coach Todd Schmitz Photo Vault, Behind the Scenes at the London Olympics 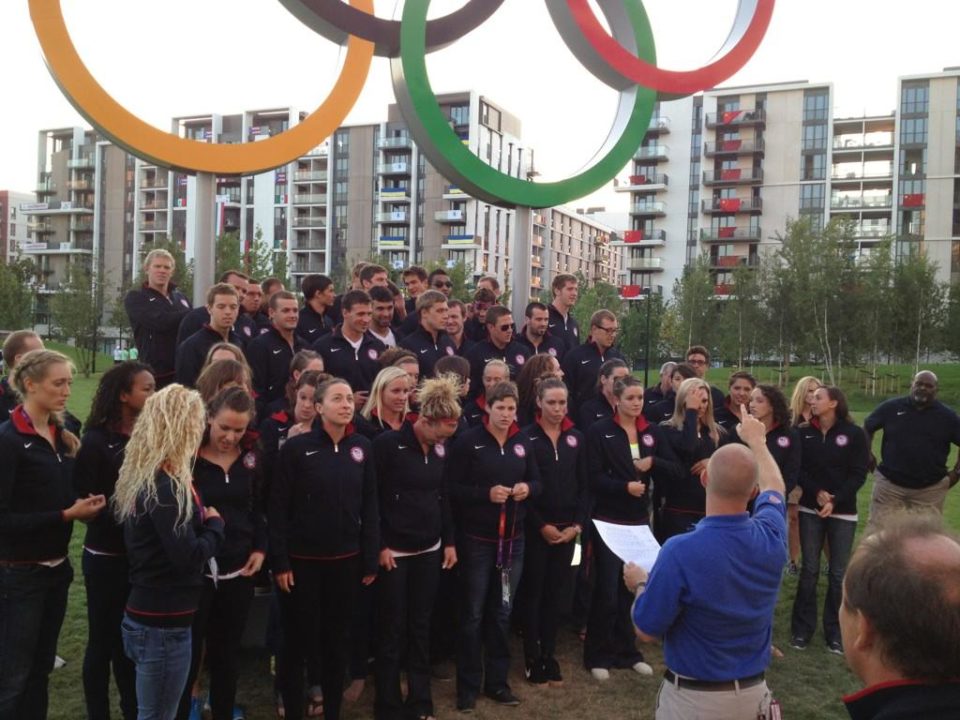 The 2012 US Olympic Swimming Team gets ready for the team photo. (Photo Credit: Coach Todd Schmitz)

4 of SwimSwam’s 10 most-liked Instagram photos of 2020 were Caeleb Dressel. If you’re not sure who swimming’s biggest star is going into Tokyo, now you know.

The 2020 Hungarian C’ships concluded this morning, which means we’ve seen the last swims from some of the nation’s best before entering the 2021 Olympic year.

Lots of fun aquatic action occurred on Day 3 of the 2020 US Open Championships in Irvine, and SwimSwam’s Jack Spitser was on deck to capture it all.

Conor Dwyer, after winning his Olympic gold in the 4×200 free relay

Michael Phelps, the greatest Olympian of all time, embraces Coach Bob Bowman on deck in London

The London 2012 wall of inspiration…

US Olympic Swim Team in the stands in London

That Conor Dwyer pic is from rookie skits in Vichy.