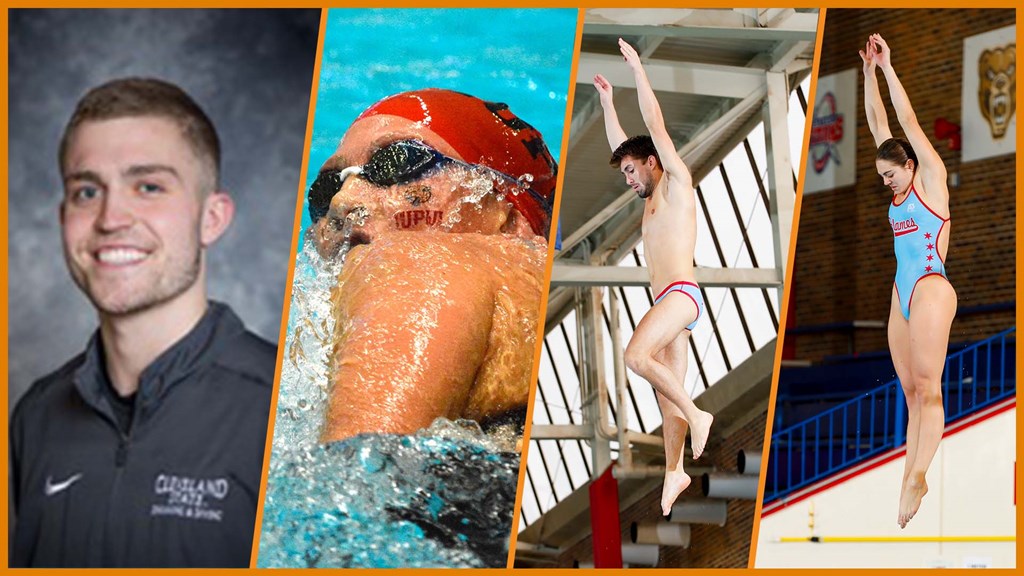 INDIANAPOLIS – Cleveland State’s Timothy Kubacki and IUPUI’s Emmaleigh Zietlow earned Nike® #HLSD Swimmer of the Week. Kubacki lead the charge for Cleveland State at the Magnus Cup, where he set three best of conference times. Zietlow helped the Jaguars at the House of Champions Invitational by setting two best of conference times. UIC’s Felix Lafortune and Cydney Liebenberg earned Nike® #HLSD Diver of the Week. Lafortune won the three-meter diving event at the House of Champions Invitational, and his final one-meter diving score was the second highest between either of the final heats. Liebenberg was a triple champion at the House of Champions, winning the one-meter, three-meter, and platform events.

Emmaleigh Zietlow finished third in the women’s 1650 free with the eighth fastest time in IUPUI history (17:07.57). Zietlow took first in the B Finals of the 500 free improving her time to 4:54.00 (fourth fastest in IUPUI history) after an earlier time of 5:03.11 in the prelims during the House of Champions Invitational.

Felix Lafortune won the three-meter diving crown at the House of Champions Invitational.  He scored 333.35 in the prelims, and followed that up with 322.45 in the finals, both times exceeding the NCAA Zone standard.  He scored 316.70 in the final round of the one-meter event.  Though he stumbled in the prelims and competed in the B-final, his NCAA Zone-qualifying score was the second highest of anyone in either final heat.

Cydney Liebenberg was a triple champion at the House of Champions at IUPUI.  She scored 291.00 in the one-meter final to win the event.  Her score of 275.45 in the three-meter final was strong enough to hold off divers from IUPUI and Illinois.  Liebenberg has won both diving events in three straight meets.  She also was the lone competitor in the platform event at the House of Champions, posting a five-dive score of 204.90 in the final round.