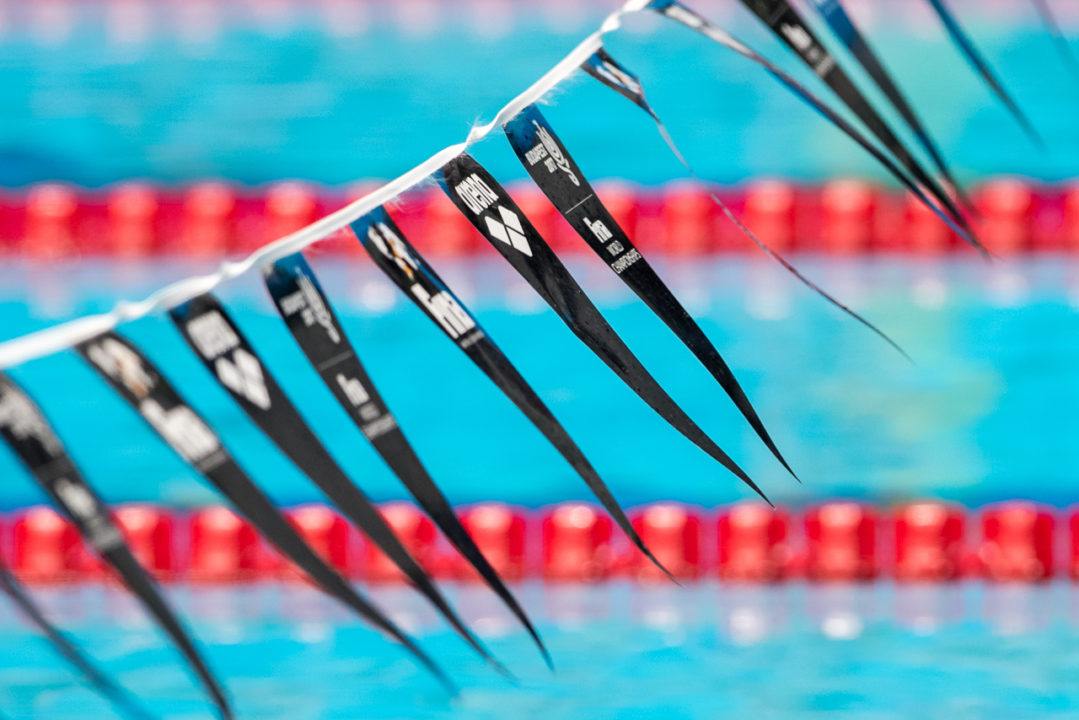 The CSU men won the Magnus Cup for the fourth consecutive year and for the fifth time in the six seasons it has been contested. The Vikings collected 1,432 points. CSU’s 328-point margin of victory over second-place Xavier was the largest in the history of the event.

The CSU women finished fourth of 15 teams with 908 points and were just a single point behind third-place Xavier. It was the highest point total by the Viking women at the meet since the 2013-14 season—a meet that only featured seven women’s squads.

McNamara led the way for the CSU women with a dominating effort in the 200 butterfly. She broke the school record in winning the event in 1:58.65, a time that is nearly a full second under the NCAA ‘B’ standard. She was third after the opening 50 yards and second halfway through the race, but she split 1:01.95 in the final 100 to claim the record.

Sophomore DJ Arslanian was one of three Viking men to win an individual race Sunday and followed up McNamara’s win with one of his own in the men’s 200 butterfly. He was over one second behind at the halfway point but split 58.56 in the back half to win the event in 1:51.93. Sophomore Sam Sawyer was eighth in the same race (1:56.13) while senior Grant Wethington was 13th (1:55.84).

Like Arslanian, junior Jason van der Touw won an individual event and swam on a winning relay Sunday. Van der Touw followed up his win in the 200 freestyle Saturday by taking home the top spot in the 100 free Sunday. He won the race in a personal best 45.44 seconds and was closely followed by two teammates. Junior Sean Mulvinwas third (46.32) while sophomore Jack MacDonald tied for fourth (46.46).

Arslanian and van der Touw swam the opening two legs of CSU’s winning 400 freestyle relay to close the event. They were followed by sophomore Tyler Stevenson and Mulvin, as the group finished in 3:00.96, over three seconds ahead of the runner-up. Freshman Dominik Niedzialek led off CSU’s ‘B’ relay that took fifth in 3:06.17 and was followed by junior Jared Stergar, Wethington and MacDonald.

Niedzialek was CSU’s third individual winner Sunday, claiming the 200 backstroke in 1:47.23, nearly two seconds ahead of the second-place finisher. He became the third-fastest performer in program history in the event. Freshman Timothy Kubacki was fifth in the same event in 1:51.00, smashing his personal best entering the day by over six seconds.

A pair of freshman led the charge in the 1650 freestyle for Cleveland State. Alec Bowie was fourth (15:53.76) and Lee Moffett (16:08.91) was seventh. Bowie became the seventh fastest performer in CSU history with his swim.

Back on the women’s side, sophomore Gabriella Marinelli swam a collegiate best time in the 100 freestyle and was on CSU’s top 400 free relay squad.

Weclawiak led off CSU’s top 400 free relay and was followed by Marinelli, Zido and VanDewerker. The quartet finished in 3:27.29 and became the fourth fastest group in program history.

Zido was also CSU’s top finisher in the 100 IM, taking seventh in 58.85 seconds. Freshman Shaw Barney was 12th in 1:00.02 while Marinelli had qualified for the final before scratching.

Junior Ashleigh Bennett and sophomore Chuchu Yang took fifth and seventh, respectively, in the 50 backstroke in 27.07 seconds and 27.45 seconds. Both times represented new personal bests. Junior Cassandra Oltman was fifth in the prelims (27.10) before scratching before the finals.

Freshman Alana Cartwright finished fourth in the 50 butterfly in 25.54 seconds. She was also one of three Vikings among the top 17 in the 200 breaststroke.

With its three-day meet complete, Cleveland State will take some time off before resuming action Dec. 9 in a dual meet at Ashland.