Clark Burckle Accepted to Stanford Business School, “Competitions on the Back Burner” 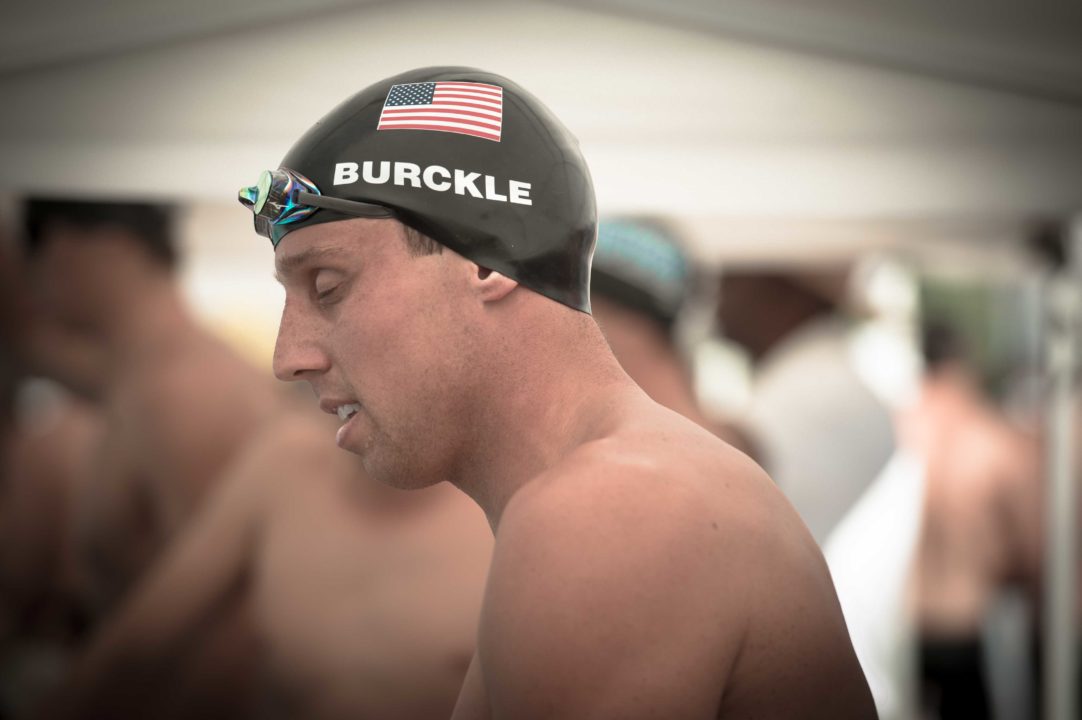 Clark Burckle, seen above at US Masters Nationals, will focus on school for now, but hasn't retired either. (Photo: Mike Lewis/OlaVistaPhotography.com)

While chatting with 2012 U.S. Olympian Clark Burckle this afternoon via email, I noticed that he was sporting a new @stanford.edu email address.

Curious about what this meant, Burckle shared that he has been accepted into Stanford’s business school, where he will begin in a month.

“I am really looking forward to going back to school, as strange as that sounds!” Burckle shared.

What does this mean for the swimming career of the 25-year old Burckle, who was the 2010 NCAA Champion in the 200 breaststroke and placed 6th at last year’s Olympic Games in the same race?

“I would love to continue training but for a while it will be school first. I will always be working out and swimming when I can, but competitions and elite level training are going to need to be on the back burner for a bit.”

Burckle also discussed his admiration for the many training groups that use the Palo Alto area as their home base, including Palo Alto – Stanford Aquatics coach Tony Batis.

For now, this is not quite a concrete retirement, but expect the ever-changing and ever-evolving world of American men’s breaststroking to stay wide open headed toward the 2014 Pan Pac Championships (remember that none of the U.S. Olympic breaststrokers were on the World Championship team in 2014).

Lots of great clubs in the area, dont limit it to PASA my friend!!!

Has nothing left to prove in the sport and is one of the best US breaststrokers ever.
I don’t understand the need to continue on in the sport (ie MAC post grads), particularly when you’ve reached the pinnacle and are attending Stanford business school.
I see way too mant post grads hanging on and prolonging careers. Put your degree to use or you will find it difficult to get a job come 30 and no work experience.
Burkle should be content with his accomplishments and forward looking to a future without swimming as he seems to be.

This is a sentiment that seems to pop up in every thread about post-graduate swimmers, and is one I really don’t understand. Post-graduates aren’t swimming for your benefit. Who are you to say whether he has anything left to prove as a swimmer? Even if a post-grad never swims a best time again, I don’t think that’s automatic proof they’ve wasted their time. People swim for a variety of reasons. Don’t assume yours are the only ones that count.

Congrats to him. Stanford business school that is awesome.