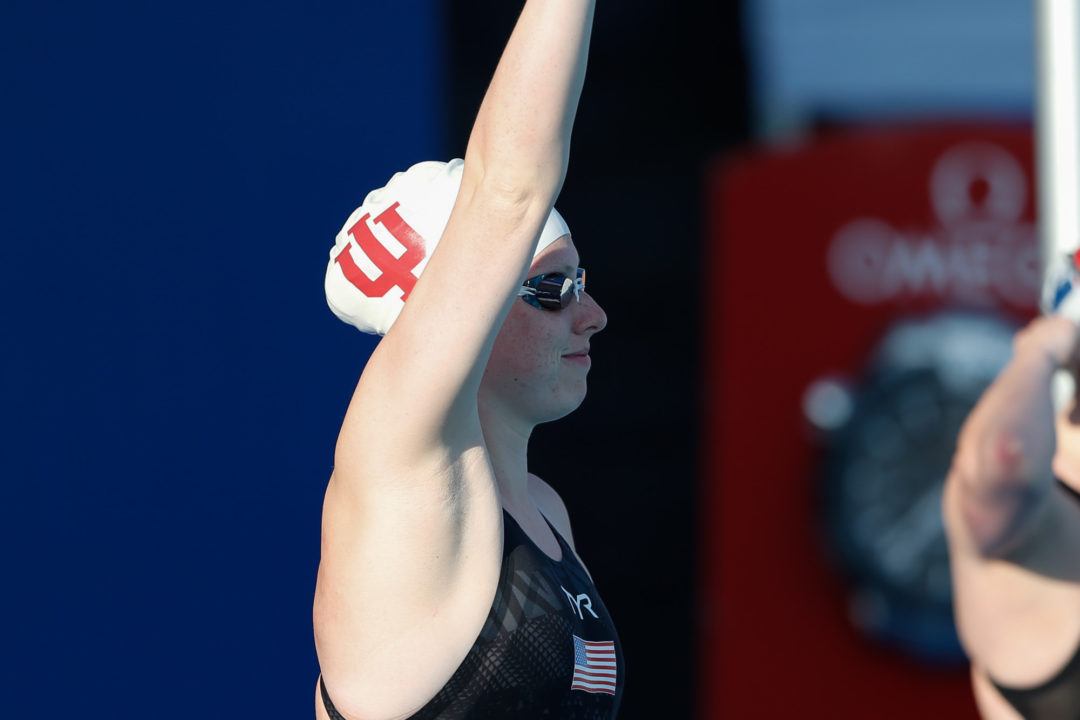 The new competition pool at the proposed Deaconess Aquatic Center will be named in honor of Lilly King. Archive photo via Tim Binning/TheSwimPictures.com

The City Council in Evansville, Indiana, approved a proposed new $28.4 million aquatic center Monday night, and the competition pool will reportedly be named after Olympian and Evansville native Lilly King.

In early September, Evansville Mayor Lloyd Winnecke proposed a new “state-of-the-art” facility in Garvin Park, and added that health systems company Deaconess has pledged $2.5 million to the project; thus it will be named the Deaconess Aquatic Center.

The center will have space for recreational swimming, competitive swim teams (including a 50m competition pool), and a diving well – it will also include an outdoor spray park.

It will replace the current facility known as Lloyd Pool, which is not in a state to support serious competitive swimming. A councilwoman called the pool “an embarrassment to Evansville.”

King attended the almost-two-hour city council meeting Monday and spoke in favor of the project.

“It’s about time!” King said, according to the Courier & Press. “It’s just incredible knowing that the kids in this community are going to be able to grow up in a better swimming community than I had a chance to. I’m just really happy for them.”

These kids🙌🏼 After a unanimous decision from the Evansville City Council, they are getting a new pool! Thankful for the support from the community and especially the age group swimmers! Can’t wait for you all to grow up in the facility I always dreamed of swimming in🥇🇺🇸 pic.twitter.com/qNehDNONla

It’s so great on so many levels that the state of Indiana supports Aquatics. There are great pools all over the state. Of course, that’s great for competitive swimming in the state, but also for general wellness of so many in the communities, with opportunities for therapy, lap Swimming, masters, learn-to-swim, etc. The commitment to building these facilities is great.

Just off the top of my head, I can think of many great facilities in Indiana. Obviously, IUPUI, Purdue, Bloomington, and ND come to mind. But local and municipal pools like Crawfordsville, Terre Haute, Carmel, Franklin Twp also come to mind. For a state of the population of Indiana, this is incredible. Considering that indoor pools are 4-5 x… Read more »

The competition pool will be in the shape of a hand wagging its finger.