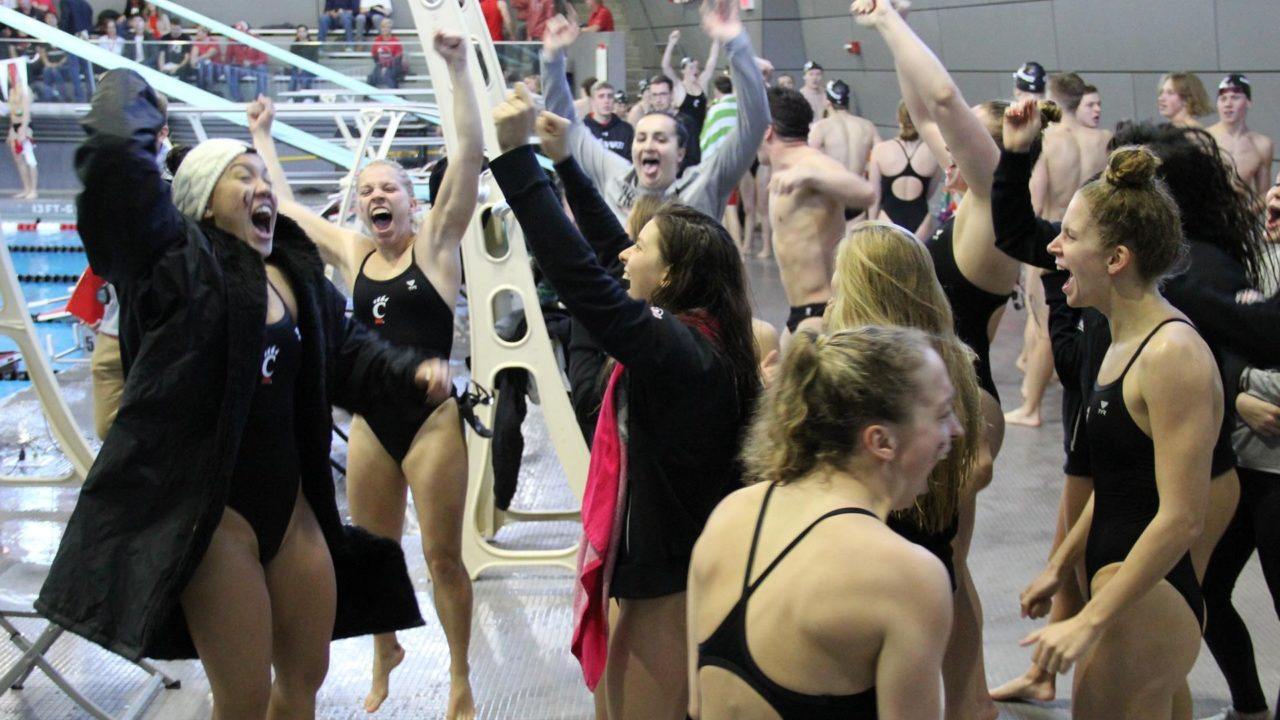 The American Athletic Conference has announced the winners of the league's men's and women's swimming and diving honors for the week ending Jan. 13: SMU's Erin Trahan and Cincinnati's Dominic Polling, Dylan Porter and Tricia Roscoe. Current photo via Cincinnati Athletics

PROVIDENCE, R.I. – The American Athletic Conference has announced the winners of the league’s men’s and women’s swimming and diving honors for the week ending Jan. 13.