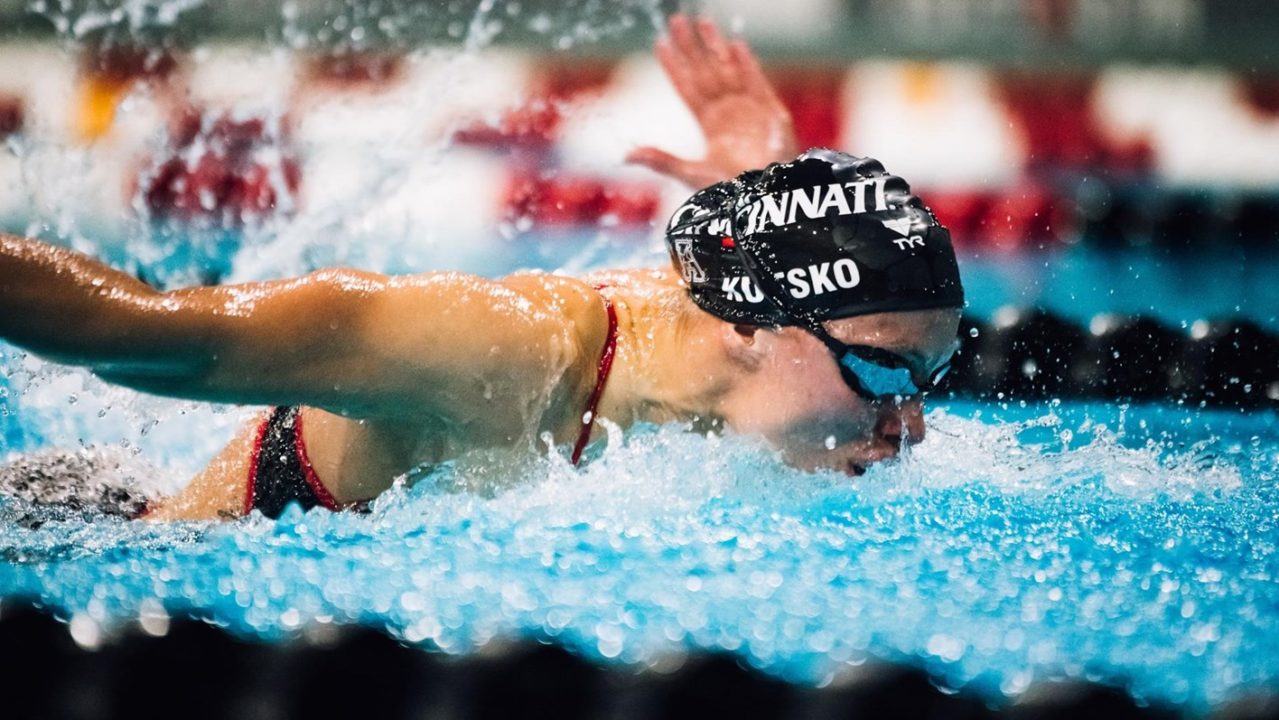 Cincinnati's Michael Balcerak, Lina Kutsko and Claire Schuermann, along with SMU's Peter Smithson, were named the AAC's Swimmers and Divers of the Week. Current photo via Cincinnati Athletics

Men’s Swimmer of the Week
Michael Balcerak * Fr. * Cincinnati
Balcerak was a double-winner individually against No. 21 Northwestern, taking the top spot in the 100 butterfly (:47.63) and the 200 butterfly (1:44.98). His 200 fly time was good for an NCAA B-cut as the fastest in the event in The American this season (36th in the NCAA), and his 100 fly effort ranked fifth in the conference.

Women’s Swimmer of the Week
Lina Kutsko * So. * Cincinnati
Kutsko swam to victory in the 100 butterfly with a time of 53.14 and added a runner-up effort of 23.18 in the 50 freestyle against No. 16 Northwestern. Her 100 fly output was both an NCAA B-cut and the third-fastest time in the distance in the conference this season (59th in the NCAA), and her 50 free time ranked 13th in The American.

Men’s Diver of the Week
Peter Smithson * Fr. * SMU
Smithson was a podium regular in dual meets against West Virginia and Incarnate Word. He won the 3-meter event with 340.20 points and was runner-up off the 1-meter board with 339.08 points versus WVU, and established a PR of 348.08 points to win the 1-meter and scored 355.20 points in 3-meter diving for second place against UIW.

Women’s Diver of the Week
Claire Schuermann * Sr. * Cincinnati
Schuermann claimed a pair of podium finishes in dual action against No. 16 Northwestern. She won the 1-meter competition with 272.48 points and was the runner-up off the 3-meter board with 296.03 points against the Wildcats.