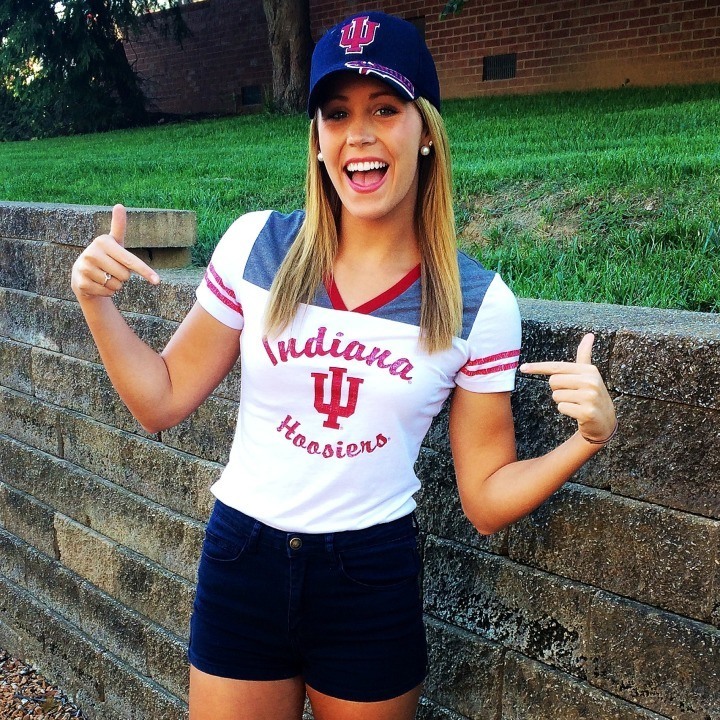 Christie Jensen, a relative newcomer to club swimming, has verbally committed to Indiana.

Christie Jensen from Newburgh, Indiana has verbally committed to the Hoosiers, as the Indiana women have begun another recruiting roll with their second verbal commitment in the last few days.

And so half of the second-best junior medley relay in the state of Indiana will spend the next four years together about two hours to the north in Bloomington.

On those Newburgh medley relays, Jensen has been oft used as the backstroker (56.09 in yards), but her best event is the 100 yard fly, where she swam a 54.66 at the 2014 Indiana High School State Championships – which was good enough for 6th overall. That race won’t get any easier this season – only one swimmer from last year’s A-final graduated, and that was 7th-place finisher Hanna House, who is beginning her freshman year at Duke.

Even more impressive about that time is the fact that Jensen has only been swimming club for two years – and in the last season, dropped well over a second in the 100 fly.

She really made a huge jump over the summer, going from a “AAAA” time to racing at Summer Juniors and hitting her U.S. Open standard in the long course 100 fly. In her first summer of long course competition, she went a respectable 1:04.36. In her second, she went a nationally-relevant 1:01.60.

Scary talent! Really hasn’t ever dedicated a full season of swim, as compared to other top swimmers. She has many outside activities. Has swam a 24.15 relay fly split. Has the talent to be a B1G finalist as a freshman. Wish her all the best. Great kid!