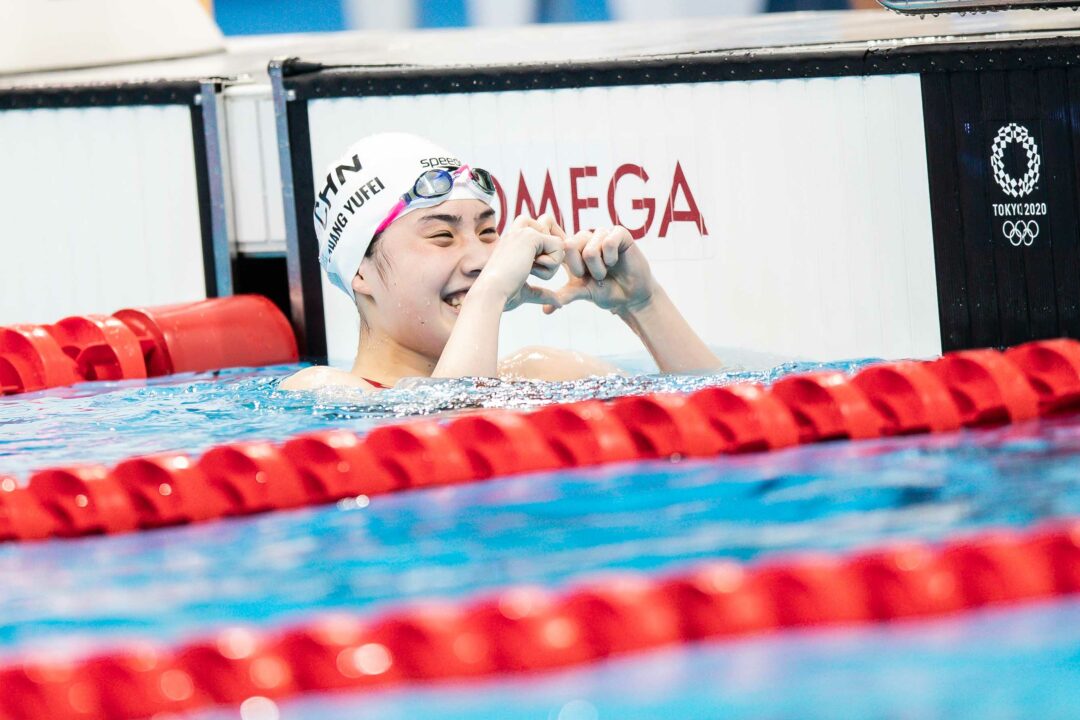 Asian media sources are reporting that at least one upcoming Chinese national meet may potentially be postponed due to ongoing coronavirus concerns, with the competition having World Championships-qualifying implications.

Per our High-Level International Meets post for April 2022, the following Chinese meets were on the horizon leading up to the inserted 2022 FINA World Aquatic Championships:

The former meet was to be the primary qualification opportunity for Chinese swimmers for Budapest; however, it has now been reportedly moved to early May, although that timeline is still a moving target.

If the Nationals meet indeed winds up not taking place as scheduled, then the Spring Championships will represent China’s sole World Championships and Asian Games qualifying meet.

We will keep tabs on the official timeline for the aforementioned meets.

In the meantime, national champion Yu Yiting recently commented that she is very much looking forward to putting up some fast times whenever it is she gets to race.

Yiting, who placed 5th in the women’s 200m IM at the Olympic Games last year, said, “China and Japan will have another round of fierce competition in the swimming pool during the Asian Games.

“I’m not that far behind Ohashi Yui– the women’s champion in the 200 medley relay in Tokyo – in terms of ability. I believe that I’m very competitive.”

Since the Europe doesn’t want to consider Russia as a member of its family then Russia has to declare themselves an Asian country. That actually is true since more than 75% of the territory of Russian Federation located in Asia. Then they may ask for invitation to participate in Asian Games.

They will also get rejected because countries such as Japan and South Korea are two of the most influential nations in Asia as well as two of the countries that voted to condemn Russia.

I wouldn’t be surprised if it does get cancelled, China’s Zero-COVID policy is intense, look at Shanghai right now. If it’s in the province right now, they’ll probaby get shut.

The Asian games is always an incredible meet. Remember going to Jakarta in 2018, amazing experience