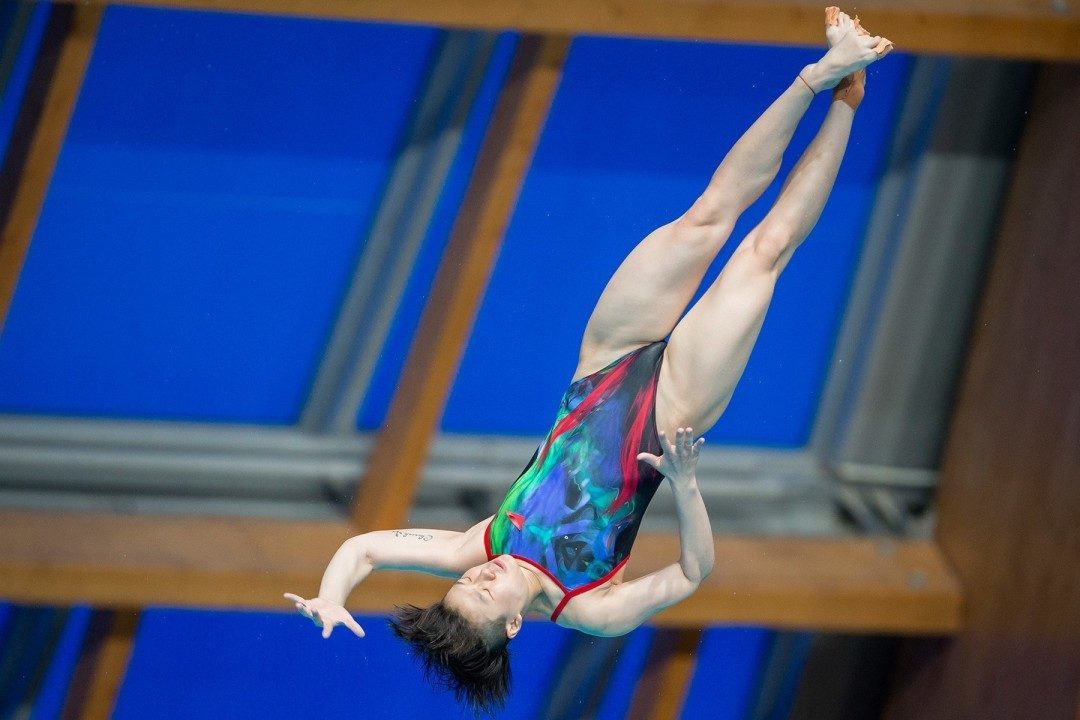 The Chinese divers continued to roll on day 4 in Budapest. Archive photo via Simone Castrovillari

China’s divers continued their momentum on day 4 of the FINA World Aquatics Championships, winning the only two events of the day.

First up, the team of Shi Tingmao and Chang Yani scored 333.30 in the women’s synchronized 3m springboard competition to win gold by nearly ten full points. Shi won both the 2015 World Championship and 2016 Olympic gold with a different partner, Wu Minxia.

The Chinese men kept it rolling in the synchronized 10m scoring 498.48 to obliterate the competition. Like Shi, Chen Aisen won both the 2015 World and 2016 Olympic title with a different partner than he had today. Formerly paired with Lin Yue, Chen was joined by Yang Hao. Yang wins his second World Championship gold after winning his first in Kazan in the mixed synchro 3m.

Nearly 40 points back were the Russians for silver, with Aleksandr Bondar and Viktor Minibaev (458.85) earning them their 4th diving medal of the competition. Bronze went to Germans Patrick Hausding and Sascha Klein (440.82).

Through four days, China tops the medal table with eight medals and five gold, with all but one silver coming from diving. Russia sits just 1 medal back with 7, thanks to a solid haul from both diving and synchronized swimming.