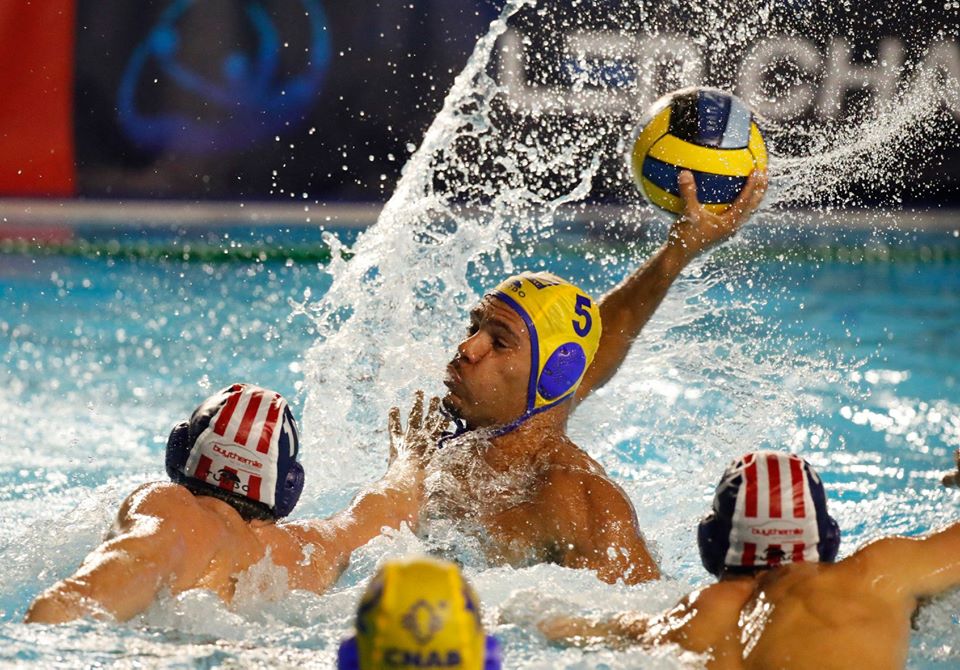 The last Champions League match of the year brought one of the most brilliant battles of the season and a 10-10 draw between title-holder Ferencvaros and OSC. Current photo via LEN Champions League

The last Champions League match of the year brought one of the most brilliant battles of the season and a 10-10 draw between Hungary’s two top sides, title-holder Ferencvaros and OSC. The remaining games in Group A saw fine away wins for Szolnok and Barceloneta and that further widened the gap between the top four sides and the others.

In Group A the favourites closed the year with fine wins. Barceloneta was too strong for Jadran, the Croats missed four key players and trailed by four goals already before the last break. They badly ran out of gas for the final period, Barceloneta staged a 0-4 rush at the end – indeed the shots on target told the story, it was 12-21 to the Spaniards who will spend the winter break in the second position, thanks to this victory.

Szolnok also won in Berlin to enjoy a five-point lead ahead of 5th placed Jadran Carine at the halfway mark. After a balanced opening period, Szolnok netted three in 2:03 minutes early in the third for a 3-6 lead and Spandau could never really recover from that blow. They fought themselves back to 8- 10 and had a man-up shortly before the last break but missed it while the Hungarians netted their first 6 on 5 in the fourth for 8-11 and kept up till the end.

The in-house battle of the two Hungarian giants brought a real thriller on Saturday evening. Just like a week earlier when FTC snatched a single-goal win to lift the Hungarian Cup, this encounter also produced an extremely balanced game. OSC took a flying start to go 3-1 ahead but their arch-rivals hit back with a 0-3 rush in the second and led 3-4 at halftime. The third period then brought a flood of goals, five apiece: Ferencvaros rushed 3-5 ahead early but OSC hit back to go in front once again at 8-7. They even had a penalty but Krisztian Manhercz’s shot was stopped by Soma Vogel and that gave another PRESS RELEASE LEN PR 138/2019 twist to the match as in a span of 27 seconds FTC scored two to go 8-9 up before the last period.

After 5:16 minutes of tremendous fight Andrija Prlainovic managed to equalise with an action shot but 45 seconds from time Denes Varga buried a 6 on 5. OSC earned a penalty with 29sec remaining (the excluded player didn’t leave the field) and Manhercz stepped up again and sent the ball home for 10-10. Nine seconds on the clock FTC had a last man-up but Marton Vamos, who had scored four in the evening, was blocked this time so the teams had to settle for a draw. It means that Ferencvaros now stands on equal points with Pro Recco but still unbeaten after the first seven rounds of the prelims.

There will be a longer break now as the European Water Polo Championships take place in Budapest on 12-25 January – Champions League action returns on 4-5 February in the New Year.