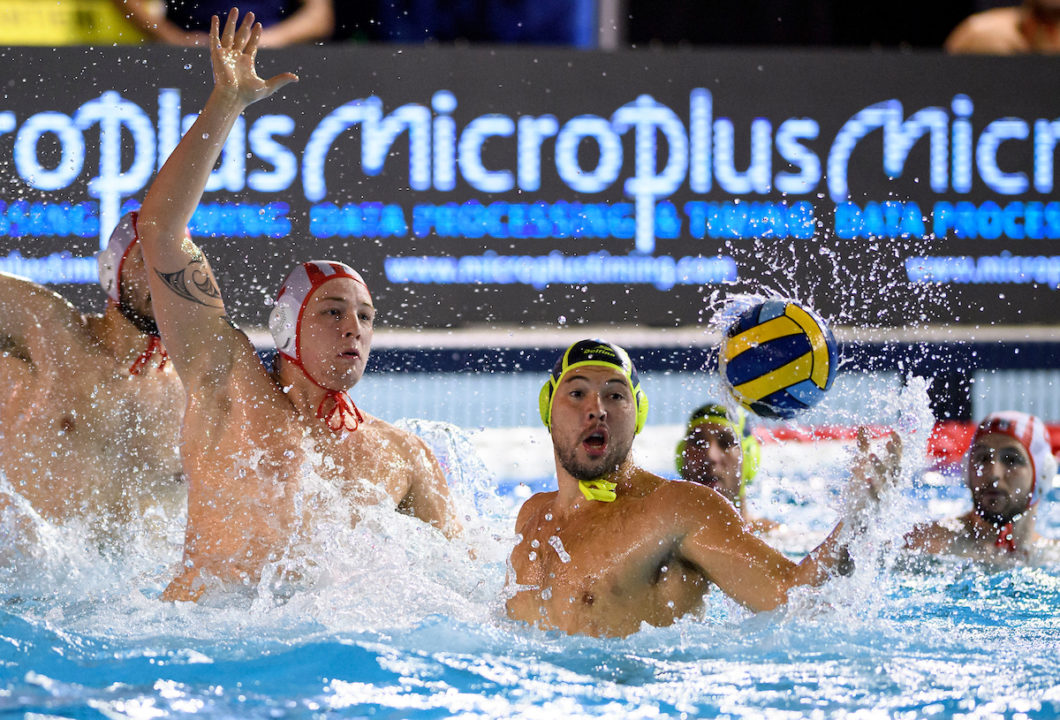 Olympiacos needs one more point to join the group of five qualifiers – but the hunt for the final spots in both groups will be wild and unpredictable. Archive photo via © P.Mesiano/Deepbluemedia/Inside

Five teams already booked their respective places in the Final Eight, to be held in Belgrade in June. Recco and Jug are on board from Group A, Barceloneta, Brescia and Ferencvaros have also completed the first part of the mission in Group B. Olympiacos needs one more point to join them – but the hunt for the fourth qualifying spots in both groups will be wild, exciting and unpredictable.

For twenty-four hours it seemed that the three-horse race in Group A would be reduced to a duel of Marseille and Ortigia as the Covid tests’ results in Berlin sent the whole team of Spandau to quarantine. However, soon it turned out that all positive results were mistakes probably, since two more rounds of tests within 24 hours – analysed by different laboratories – brought negative results for each member of the travelling delegation so the local authorities released the German team from the quarantine.

This means that Spandau is back to the business so a thrilling finish is guaranteed as the Germans and 2019 Euro Cup winner Marseille both were on the rise in the previous tournament. They will have a showdown on Tuesday which will most probably decide the fourth place in this group. Though Ortigia – losing all four matches in March – meet both sides and has a slight chance to catch a ‘last-minute’ trip to Belgrade.

As for the big boys, Recco needs one more win to secure the usual first place in the prelims and that victory might just as well arrive right in the first game against Spandau on the opening day in Ostia. The next two may offer some fine water polo as the Italians face their respective nemesis teams in the last two rounds – in 2016 and 2017 Jug upset them in the semis, while in 2018 and 2019 Olympiacos ruined their party. The latter two will also have a great clash right on Monday – the Greeks have a tough ride ahead (Jug, Recco, Marseille) and need to dig deep in order to avoid any embarrassment.

In Group B the picture is clearer: the top three sides are already through and the clash of Barceloneta and Brescia may already determine the top spot right in the first evening in Budapest. Ferencvaros might force a three-way tie but their two big defeats to Brescia leave them small chance to finish atop. Still, their clash with Barceloneta on the second day should be a must-watch game, especially with the return of super star player Denes Varga who went through six weeks of hell of Covid.

Here the chase for the last remaining qualifying berth shall be just as intense as in the other group. Hannover has a three-point advantage over the other two sides but Dinamo and Jadran also have some chance to go through once the Germans became ‘normal’ competitors as they had to give back the hosting rights of the F8 and the guaranteed spot coming with it.