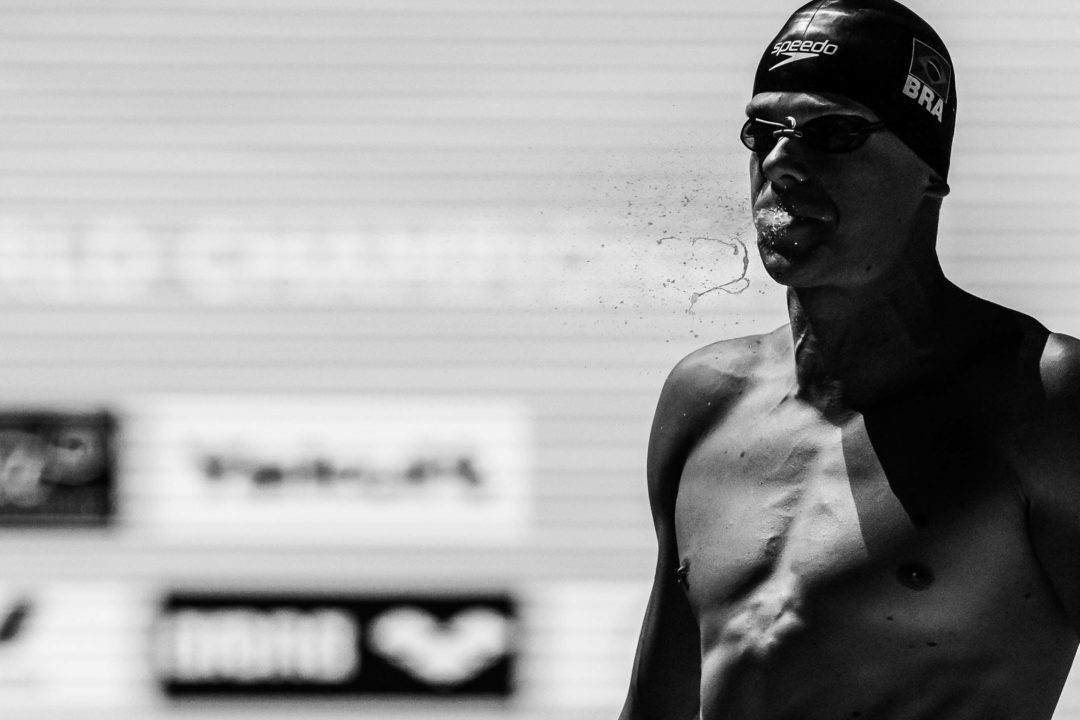 Cielo had no official results in the meet, though he did swim half of a 100 free. Archive photo via Mike Lewis/Ola Vista Photography

In what was expected to be his last professional swimming races in his native water of Brazil, World Record holder and 2008 Olympic gold medalist Cesar Cielo swam just half of a 100 free.

Cielo was scheduled to swim the 50 and 100 free, both of which are events where he holds the World Record. He only swam the first 50 meters of the 100 free, where he split a 22.4, took a disqualification, and exited the pool early.

Another swimmer, Henrique Rodrigues, also swam his way off the Brazilian stage. Having already announced that it would be his last formal meet, the 27-year old Rodrigues, a two-time Brazilian Olympic who placed 9th in the 200 IM in Rio, finished 16th in the 50 free (24.34) and 15th in the 100 free (53.78) last weekend as his career swan song.

As those two exit the stage, another veteran returns. The meet marks the first competition back for Thiago Simon, who was suspended for 16 months for failing a doping test last July. He finished 3rd in his best event, the 200 IM, in 2:04.50. Gabriel Ogawa won that race in 2:04.18.

Among other big names racing:

Update: a previous version of this article said that Cielo was a no-show. Rather, he just had no official results, as he just swam the first 50 meters of the 100 free, and scratched the individual 50.

Must have heard they were drug testing