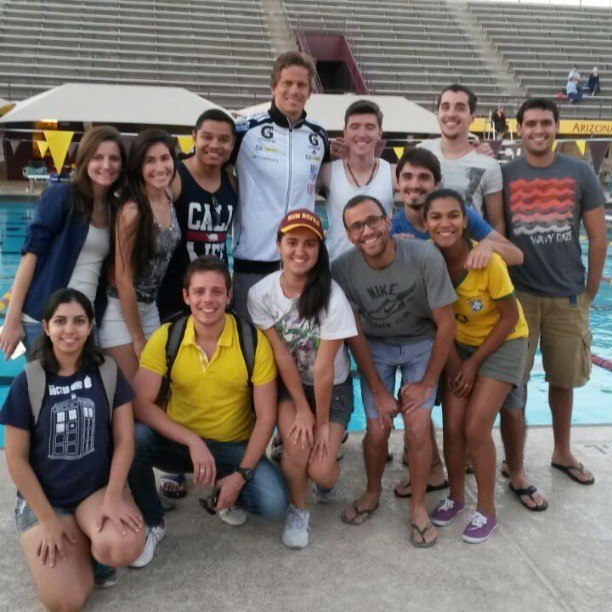 Brazilian Cesar Cielo, swimming at the 2014 Ron Johnson Invitational masters’ meet in Arizona, swam a 21.3 on Saturday in the 50 short course meters freestyle, according to his Facebook page.

Cielo and 2015 U.S. Pan Ams team member Darian Townsend are the two headliners of this meet, whose results haven’t been formally published, but in the first of his two swims on the weekend, Cielo swam a solid time as he enters final preparations for the 2014 World Short Course Championships that are now just over two weeks away (December 3-7 in Doha, Qatar).

Cielo stated before this weekend’s meet that his goal was to come close to his time from the José Finkel Trophy earlier this year, where he swam a 20.6.

While the hundredths portion of that race is unknown, regardless the swim by Cielo, once ratified, will be a new men’s 25-29 Masters’ World Record in the event. It’s not unusual for active, professional swimmers to hold the World Record in this age group: the last three holders before Cielo were: