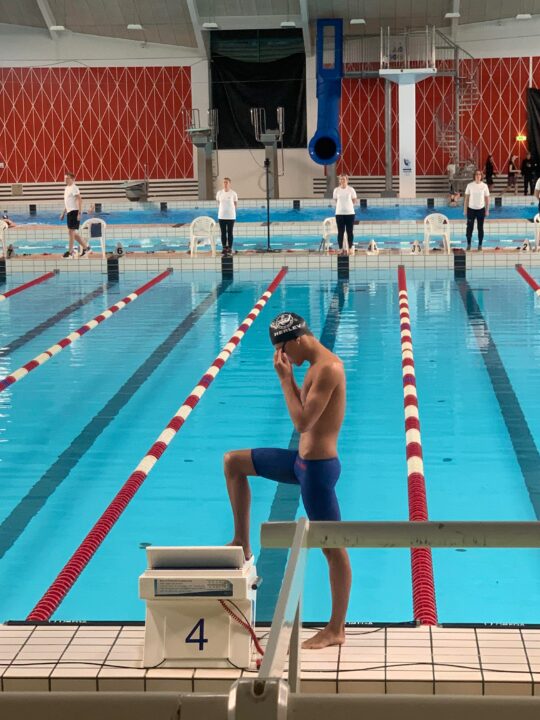 The Herlev Swimming Club ace captured multiple victories over the course of the competition, continuing his momentum from when he hit a time of 50.78 in the long course 100m freestyle as just a 14-year-old.

Now 15, Castella kicked off his domestic campaign with a decisive victory in the boys’ 200m backstroke. He touched the wall in a mark of 1:55.95 to nearly break the Danish Junior Record in the event. That milestone remains at the 1:55.80 Marcus Bak put on the books over a decade ago in 2009.

The teen did damage across the relays as well, contributing a split of 1:47.86 on his squad’s gold medal-winning 4x200m free relay and separate splits of 48.88 and 48.60 on Herlev’s medley and free relays, respectively.

On the girls’ side of the competition, Martine Damborg fired off a new Danish Junior Record in the 100m fly, punching a result of 58.73. Opening in 27.40 and closing in 31.33, Damborg’s result here overtook her own previous record of 59.14 from just last month.

Damborg also topped the girls’ 50m butterfly podium at 26.78, the only sub-27 outing of the field.

Its not possible for a Dane to get a dutch record