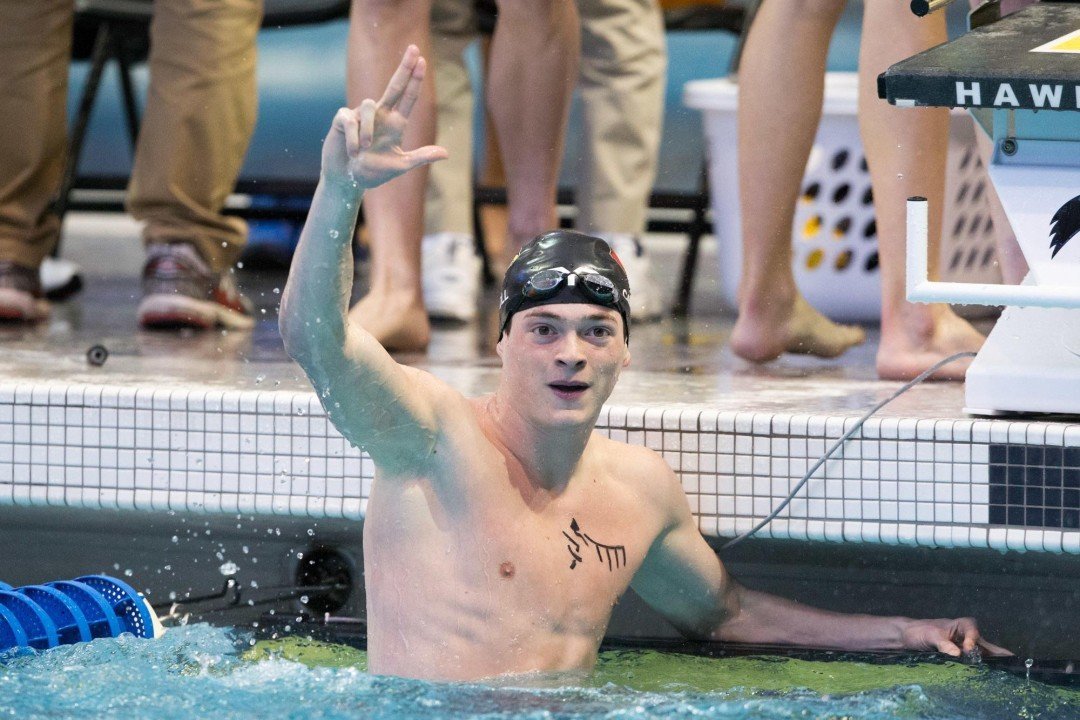 Trevor Carroll swept the freestyle events on day 1 of the U of Louisville Invite while Kelsi Worrell posted top times in the 200 IM and 50 freestyle. Archive photo via Tim Binning/TheSwimPictures.com

The Cardinals started things off in the women’s 500 freestyle with two swimmers earning division I NCAA B cut times. Andrea Kneppers posted the fastest time of the morning with her time of 4:42.23. That time lowered her own school by a full two seconds. Mallory Commerford was the other swimmer to earn an NCAA B cut time. She finished second at 4:45.38.

In the men’s 500 freestyle, Matthias Lindenbauer broke the pool and meet record with a solid 4:18.73, but it didn’t stand for long. Trevor Carroll broke Lindenbauer’s pool and meet record time with a 4:17.09. As of this morning, that gives the ACC the top three fastest 500 freestyles in the NCAA this year. NC State’s Ipsen posted the fastest time in the country last night of 4:16.29. Carroll later posted the top time in the 50 freestyle as the only swimmer under 20, breaking the meet record with his time of 19.84.

Worrell and three other Cardinals earned NCAA B time standards. Rachel Bradford-Feldman finished second at 1:58.81, Andrea Cottrell was third at 2:00.02, and Alex Sellers finished fourth with the final B cut time of 2:01.06. On the men’s side, Nolan Tesone earned the top seed in the 200 IM with a B cut time of 1:44.94, breaking his own pool record. His teammates, Josh Quallen, Jonathan Zucha, David Boland, and Grigory Tarasevich also finished under the NCAA B standard, finishing between 1:46.12 and 1:47.54.

Full results can be found by clicking here.