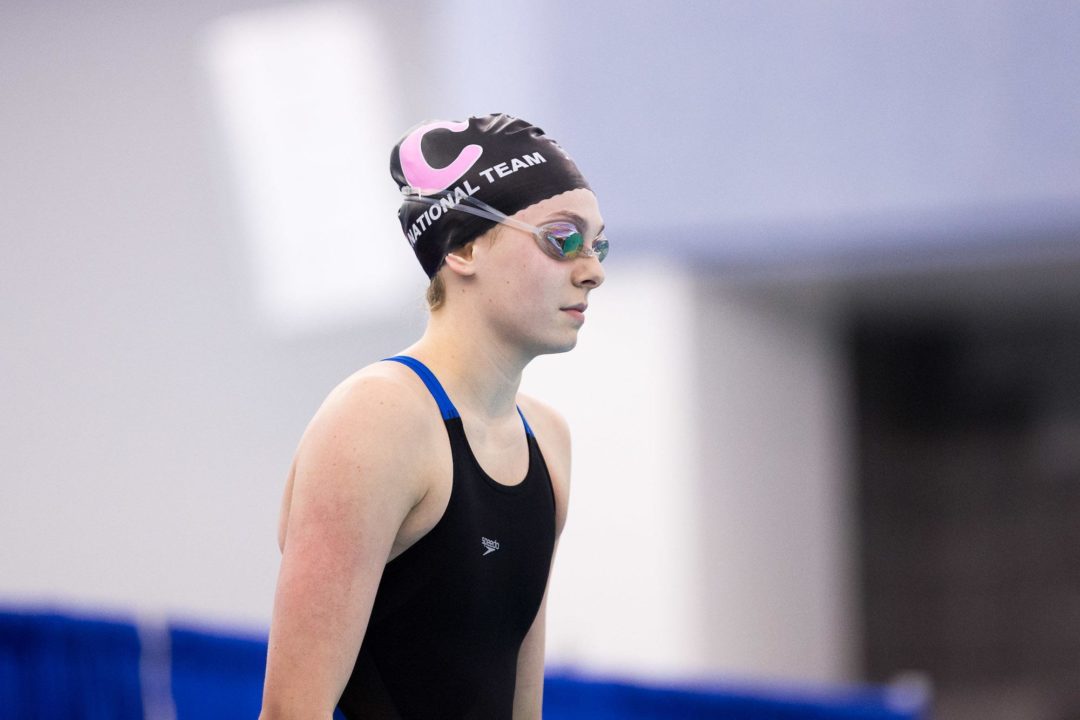 Claire Adams splits a 22.66 as the second leg of the record setting 200 freestyle relay. Archive photo via Tim Binning/TheSwimPictures.com

The team of Amy Bilquist, Claire Adams, Hanna House, and Veronica Burchill smashed the previous National High School Record that was set by their own school in 2009 at 1:32.75. Carmel is in route to win their 28th consecutive state title, and is arguably fielding the best team they’ve had in school history.

Next season, Carmel will be returning all of those swimmers but one. Hanna House is graduating this year.