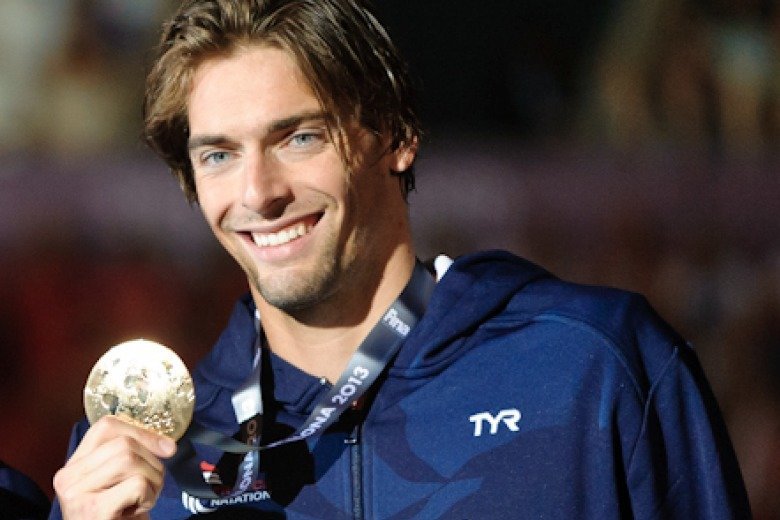 Camille Lacourt announced on Sunday, August 3 that he would be withdrawing from European Championships due to inflammation in his hip. Archive photo via Victor Puig

The French National team suffered another loss on its way to compete at the European Championships in Berlin on Sunday when world champion backstroker Camille Lacourt announced he was withdrawing from the competition.

Lacourt is the third big French name who won’t be on the medal stand in Berlin. Frédéric Bousquet, who underwent shoulder surgery in on February 25, is still recovering and will in fact be in Berlin commentating for French television; Camille Muffat abruptly retired from swimming last month.

Lacourt has been plagued by hip injury of late. Citing hip pain, he pulled out of both Mare Nostrum and the French Open. This time he has specifically mentioned the psoas major, the large muscle that attaches the lower spine, the hip, and the thigh bone. The psoas major is one of the muscles that make up the hip flexors – the group of muscles that bring the hip and the trunk together in a flexion movement.

Unfortunately for Lacourt and the disappearing French National Team, the only remedy for this is complete rest.

Unfortunately no surprise.
Lacourt out.
Bousquet out.
Muffat retired.
Stravius had back issues in June.
Well. It looks good for the European championships.
Agnel and Manaudou must save the nation! 🙂

And thanks for the anatomy lesson.

Except that the new generation is coming and that it’s better to do bad european championship that bad olympic games. 😉

The new generation is coming.
Some names please! 🙂
Ok. Bonnet and Gastaldello on the women’s side.
Who on the men’s side? Apart from Metella I don’t see.