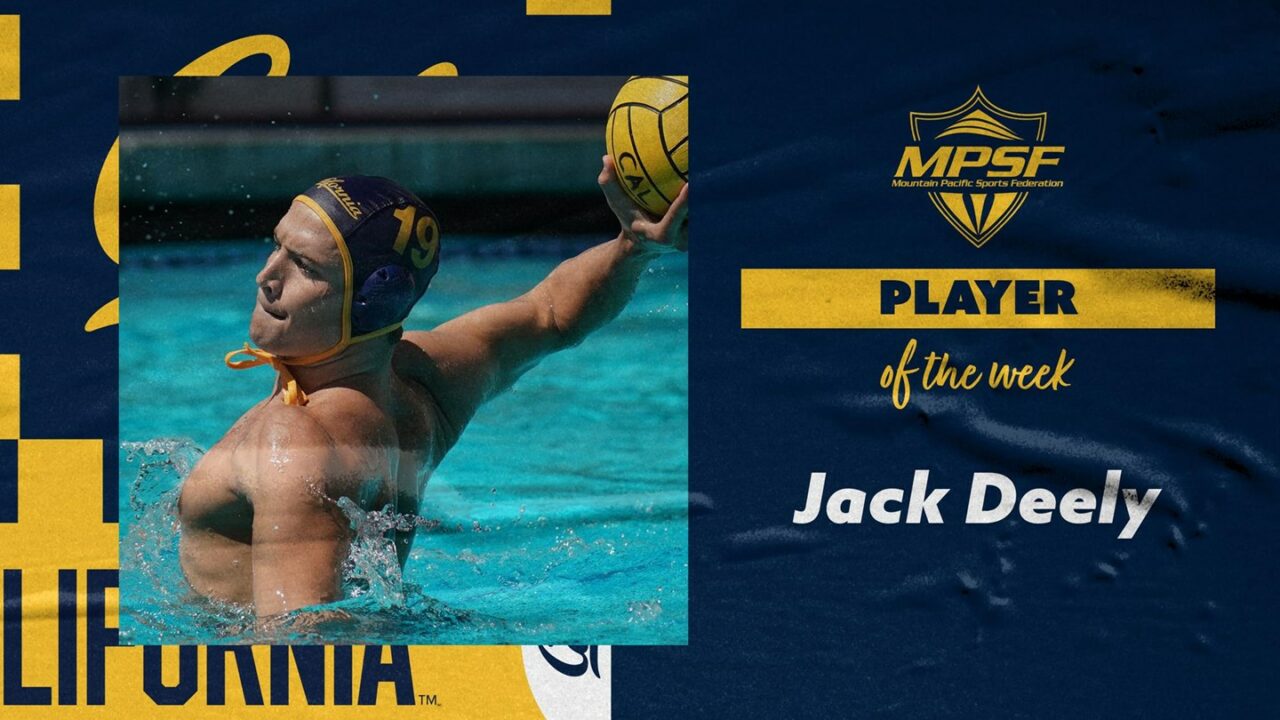 Deely played a huge role in a pair of victories over ranked opponents last weekend, combining for 13 points in wins over No. 7 Pacific and No. 11 SJSU. Current photo via Catharyn Hayne/KLC fotos/Cal Athletics

Deely played a huge role in a pair of victories over ranked opponents last weekend, combining for 13 points in wins over No. 7 Pacific and No. 11 San Jose State.

Deely scored a career-high six goals while also adding two assists in the No. 3 Bears’ 13-6 victory at UOP. He scored four of Cal’s first five goals as the Bears set the tone with an early 5-2 advantage over the Tigers.

During Sunday’s 16-9 victory over the Spartans at Spieker Aquatics Complex, Deely tied a season-high with four assists and added another goal.

This is the first career weekly conference honor for Deely, who leads the MPSF with 29 points.

The Bears return to action this weekend at the Aggie Roundup, where they will face off against No. 14 Cal Baptist, No. 9 UC Davis, No. 11 San Jose State and No. 7 Pacific.