Cal Women Set For Final Tune-Up Against Stanford On Saturday 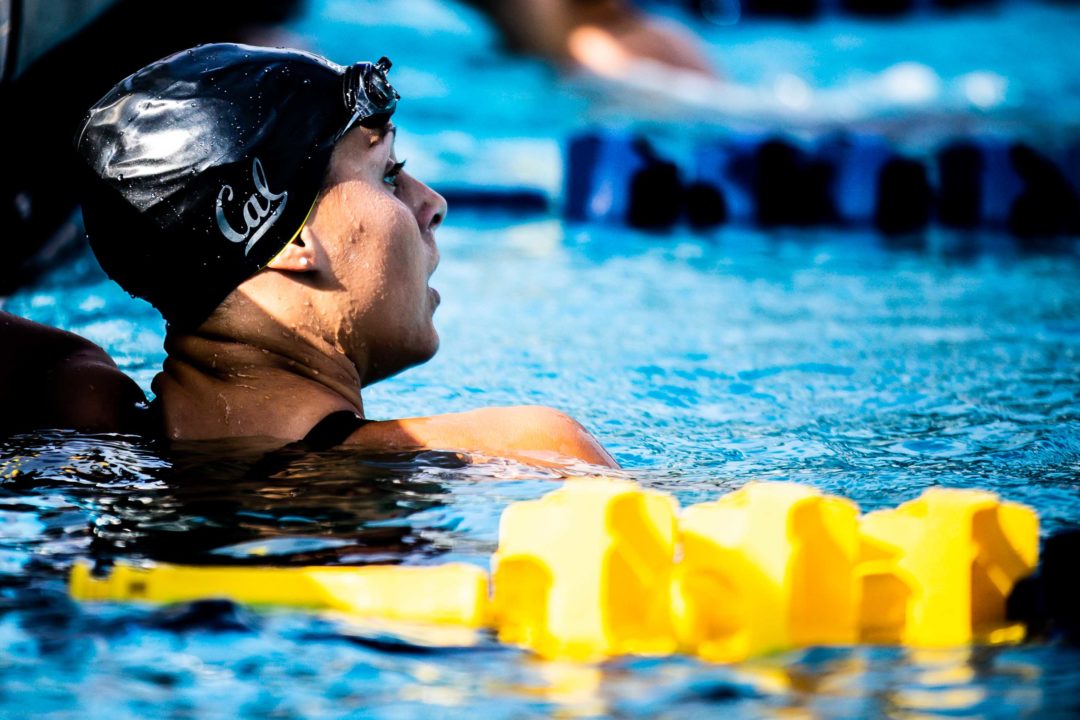 The top-ranked Cal women’s swimming & diving team travels to Stanford on Saturday for its final dual meet of 2021 during a COVID-impacted, abbreviated season. The Golden Bears will see the Cardinal for the third time in three months as the teams squared off in back-to-back non-scoring competitions in November. Since the turn of the New Year, Cal hosted USC and UCLA in a pair of two-day meets that spanned Jan. 29-31 in Berkeley. Over that weekend, the Bears posted 11 dual-meet and 11 Spieker Aquatics Complex records – and registered one school record when Ema Rajic lowered her own mark to 58.79 in the 100 breast. Isabel Ivey, who set a pair of individual pool and dual-meet records and played a role in four relay marks, was named Pac-12 Swimmer of the Week for her performance.

IVEY NAMED PAC-12 SWIMMER OF THE WEEK: Junior Isabel Ivey was named the Pac-12 Swimmer of the Week Feb. 3 following the Bears’ wins over USC and UCLA. The versatile swimmer established pool and dual-meet records in the 100 fly (51.54 vs. USC) and 100 free (PR 47.53 vs. UCLA), while also swimming a leg on four pool and dual-meet record-setting relays – the 200 and 400 free relay and the 200 and 400 free relay. Overall, Ivey won 11 of the 12 races she entered, with the only loss a runner-up finish to teammate Alicia Wilson, who set a pool record in the 200 individual medley against UCLA.

BEAR SMARTS: With a 3.65 GPA for the fall semester, the Bears earned CSCAA Scholar All-America honors for the 22nd semester in a row – every time the award has been presented. The team has also won the Newmark Award for having the highest GPA among all 30 Cal teams twice in the past three years.

RECRUITING AROUND THE GLOBE: Cal signed a 14-swimmer recruiting class in November, one that bolsters the Golden Bears in virtually every event and brings scholar-athletes to Berkeley from across the country and around the world. Five members of the group hail from California, including four from the Bay Area, while there are two from Illinois, and one each from Florida, Georgia, Oregon and South Carolina. The international contingent features swimmers from Hungary, Israel and the United Arab Emirates.

Sad not to see Nicole Oliva on the roster any longer. Also, anyone know where Sarah Darcel is these days? She’s on the roster, but doesn’t have any swims/results so far. Is she still in Canada?

Asked the same question on the UCLA article about Darcel. Learned then Olivia was no longer on roster. Still stacked even without them but even more so if they show up.

Any idea what happened to Nicole Oliva?

Stanford has a lot of talent, which we really have not seen or heard about due to Covid. It’s Senior day and Stanford is the 3X defending NCAA champion. Cal is the cross town rival, and as the article showed, also very talented, this should be a Very Special Dual meet! Only a few months till Olympic trials (I hope)