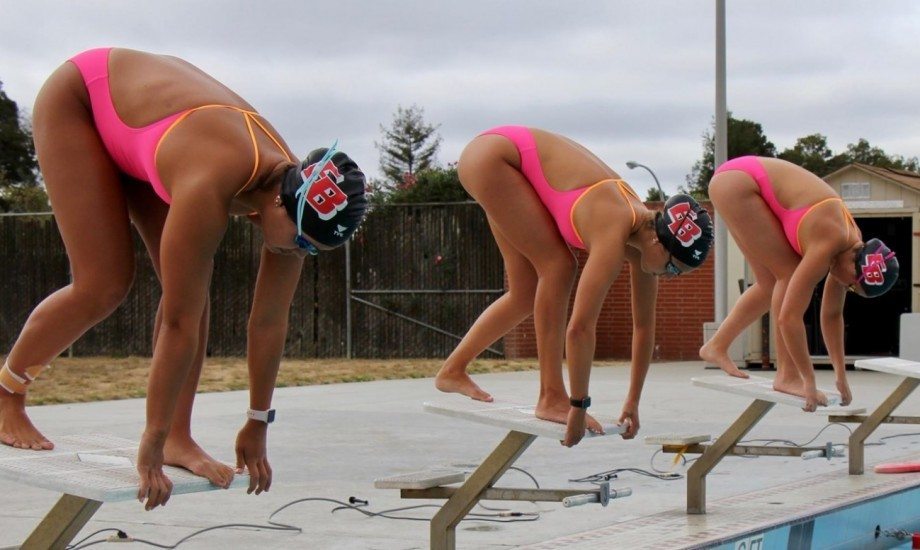 It was a historic year for both programs as the men and women won the 2021 Northeast Conference Championships this season.

LA MIRADA, Calif. — Day 2 of the 2019 PCSC Championships saw the conference teams compete in eight swimming finals, while the divers took a break from competition on Thursday. On the women’s side, Cal State East Bay posted seven top-eight finishes, including three wins to surge up the standings and take a 23-point lead over Fresno Pacific. For the men, UC Santa Cruz held onto its place atop the standings with seven top-eight showings to keep a lead over Concordia and FPU.

The Pioneers just out-touched Pepperdine to claim the victory in the 200 free relay, claiming 64 points to surge ahead of the Sunbirds in the standings. East Bay’s team of Vivy Hua, Allie Klinger, Lauren Ostrander and Tatum Roepke claimed the school’s second relay podium of the meet with a time of 1:35.48, beating out Pepperdine’s Caroline Boone, Amy Griffin, Sammie Slater and Trinity Ishikawa by just five-hundredths of a second. Azusa Pacific joined the Waves and Pioneers on the podium in third (1:365.35).

Earlier in the day, the Sunbirds’ Luisa Roderweis opened finals with a four-second win in the 500 freestyle ahead of Pepperdine’s Khloe McCarthy and Azusa’s Riley Smith. The Pioneers placed three swimmers in the finals of the 500 free, with Peyton Wayment, Serene Augustain and Abigail Mitchell taking fifth, sixth and eighth, respectively, to help East Bay begin its ascent in the standings.

The Sunbird women claimed their second title of the day and third of the meet in the 200 IM as Olga Tovstogan (2:02.73) beat out the Cougars’ Abby Wiet (2:04.70) and Elodie Poo Cheong (2:06.22). In the final women’s individual event of Day 2, Klinger collected the Pioneers’ first individual title of the meet after touching the wall in 23.53 in the 50 freestyle. Fresno Pacific’s Arianne Kooijinga (23.73) just out-touched Alaska-Fairbanks’ Kaia Norbye (23.74) to round out the podium spots in a tight finish.

For the men, the Banana Slugs continued to build their lead atop the standings on Day 2 with a win in the 200 IM and a third-place showing in the 200 free relay. UCSC also snagged points with top-eight finishes in the 500 free, 200 IM and 50 free.

Concordia’s Kyle Benjamin opened the men’s finals portion of the day by cruising to a six-second win (4:30.54)  over Fresno Pacific’s Christian Meyer (4:36.21) in the 500 freestyle. Benjamin’s teammates Kobe Gall (4:39.72) and Taylor Steffen (4:42.98) gave the Eagles three top-four finishes in the race. The Slugs’ Jack Schertler won the next event, finishing the 200 IM in 1:56.25, just over a second ahead of Concordia’s Armando Cadena. The Sunbirds’ Gavin Souttere rounded out the podium spots.

Fresno Pacific fared well again in the 50 free, with Iskender Baslakov (20.16) winning a fast and furious race by just under five-tenths of a second. The Eagles’ Austin Barton (20.75) claimed second, while Baslakov’s teammates Oleksandr Ivakin (21.15) and Dmitry Belolipetskiy (21.34) handed the Sunbirds another 53 points in third and fourth, respectively.

FPU shone again in the 200 free relay, claiming its second relay title of the meet as Baslakov, Belolipetskiy, Ivakin and Derek Choy touched the wall in 1:22.13 ahead of Concordia’s Barton, Maxwell Wickens, Skyler Hojnacki and Albe Cortes (1:25.34) and the Slugs’ Victor Sowa, Jeremy Peris, Christian Leon and Vernon Wetzell (1:26.32) in second and third, respectively.

As the meet picks up with six swim finals and one diving final on Friday and seven swim finals on Saturday, an already exciting and competitive team title race will too. Day 3 of the championships will feature the 3-meter diving finals, 400 individual medley, 200 freestyle, 100 breaststroke and 100 backstroke and 400 medley relay.

Prelims are set to begin at 9:30 a.m. on Friday and finals will start at approximately 4:30 p.m. at Splash! Regional Aquatics Center in La Mirada. For more information about the meet, click here. To watch a live stream of the meet ($9.99 for the entire meet), click here.