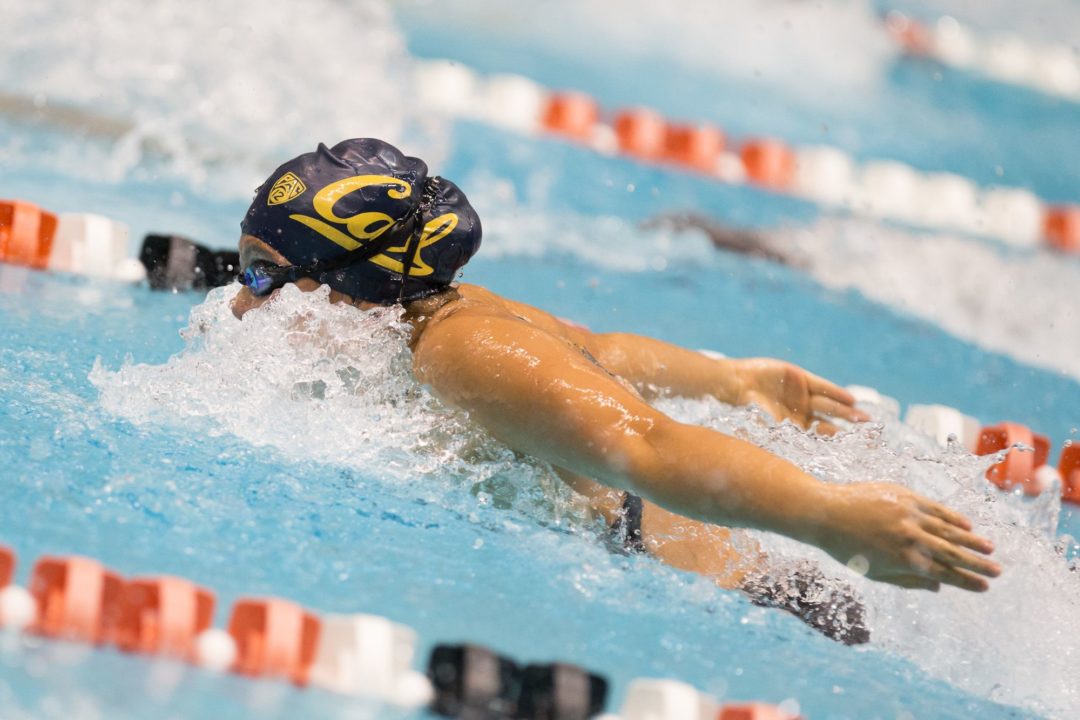 The Golden Bears got a pair of wins from Missy Franklin to top UCLA a day after enduring a surprise beatdown at USC. Archive photo via Tim Binning/TheSwimPictures.com

The #1-ranked Cal Golden Bear women were back in competition Saturday, one day after the big upset loss at USC, taking on UCLA in a women’s-only dual meet. The Lady Bears continued to show some definitely fatigue, but managed to get back into the “W” column with a 183.5-116.5 decision over the Bruins.

UCLA was coming off its own home battle with Pac-12 foe Stanford Friday night, a 180-120 loss.

The relays were a big key to Cal’s success after the Bears dropped both relays against USC. California went 1-2 in the 200 medley with a pair of 1:40s and also won the 200 free relay in 1:30.87 for giant point advantages.

The teams split diving, with Cal’s Anne Kastler scoring 285.05 to win on 1-meter and UCLA’s Paulina Guzman taking 3-meter with a 312.90-point performance.

So Bootsma really did go 56.6 for last place in the 100 fly after all. Any word on whether she is sick or injured?

I don’t know whats happening with the CAL girls.. but these last two meets have been horrendous, time-wise