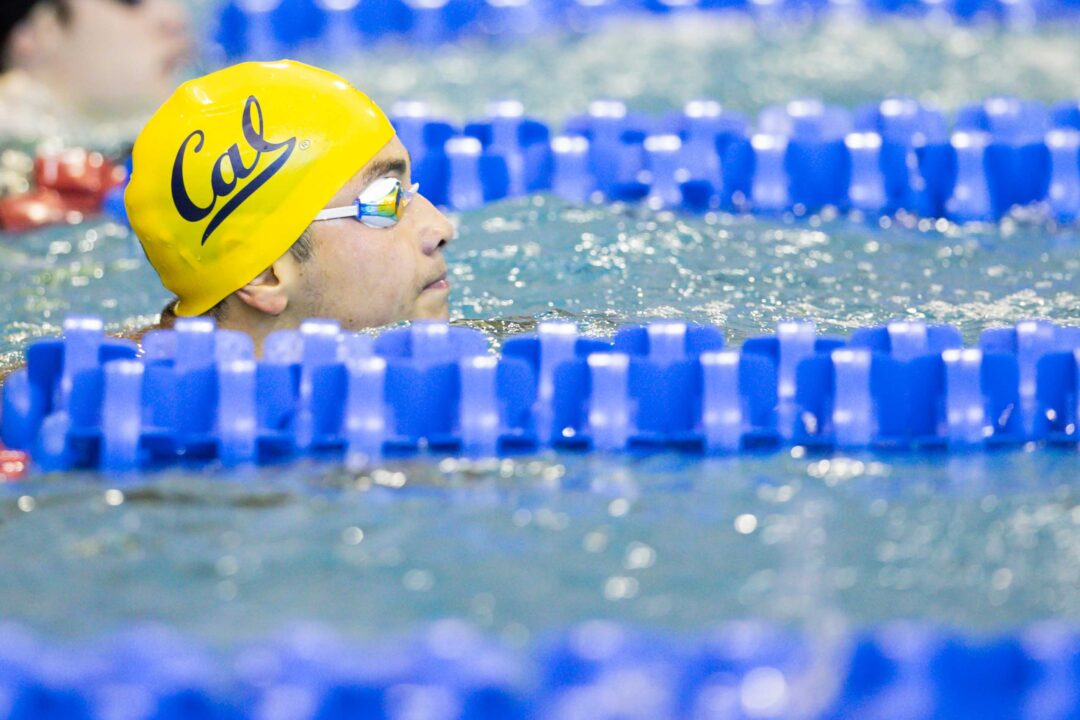 Lasco was phenomenal on the back half of the race, swimming a 28.35, which was enough to get his hand on the wall 0.01 seconds ahead of Mefford Stock photo via Jack Spitser/Spitser Photography

Over the final two days of the George Haines International Swim Meet in Santa Clara, we saw a great race between Cal teammates Destin Lasco and Colby Mefford in the men’s 100 back. Mefford was just a tick faster on the first 50, swimming a 27.66, just ahead of Lasco’s 27.77. Lasco was phenomenal on the back half of the race, swimming a 28.35, which was enough to get his hand on the wall 0.01 seconds ahead of Mefford, who was 28.47 on the 2nd 50. In the end, Lasco swam a 56.12, while Mefford was 56.13. California Dolphins Swim Team 16-year-old Edward Huang had the swim of his life in that heat as well, taking the race out in 27.48, faster than either Mefford or Lasco. Huang would come home in 28.99, resulting in a 56.47 for 3rd and massive drop from his previous lifetime best of 59.48, which he swam last month.

In the women’s 100 back, Denver Hilltoppers 15-year-old Charlotte Wilson clocked a new personal best to win. Wilson swam a 1:01.98, taking nearly a full second off her previous best of 1:02.90, which she swam at the U.S. International Team Trials in late April.