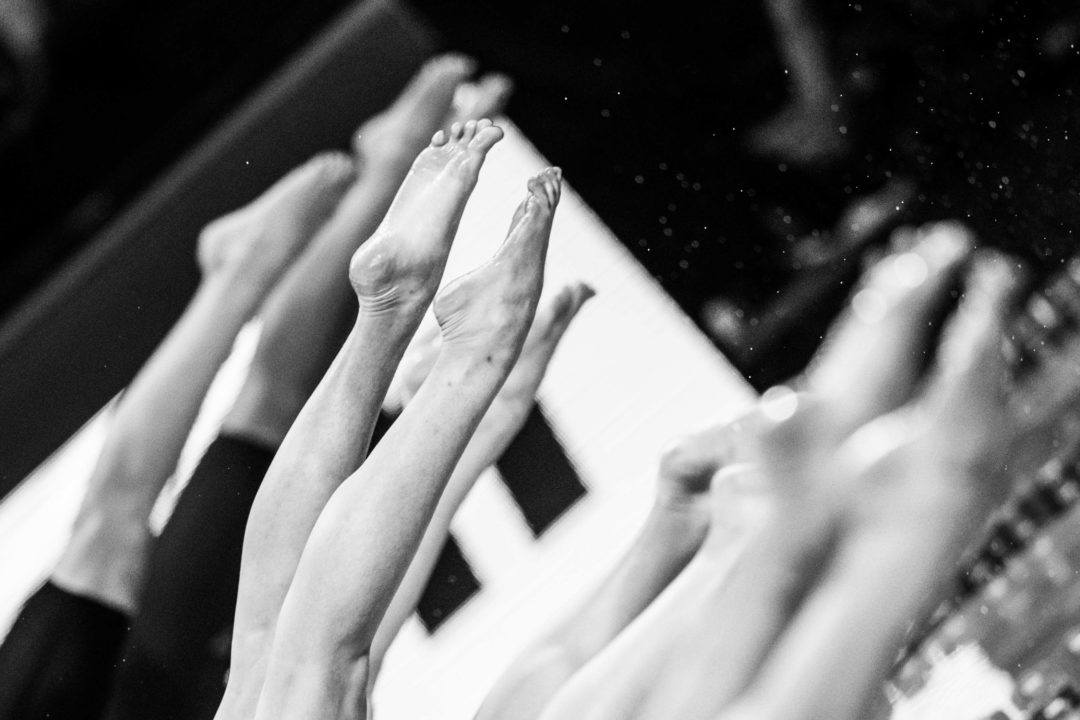 The Washington State women came home from their road trip to Oregon with another dual meet victory to add to their record, as the Cougars took down Oregon State on Friday. Addisynn Bursch was a key player in the team win, picking up 3 victories individually.

CORVALLIS, Ore. – The Washington State swim team opened 2017 with a convincing 170-87 victory over Oregon State, Friday night at the Osborn Aquatic Center in Corvallis, Ore. The Cougars garnered the top time in 13 of the meet’s 14 events to give WSU its fifth-straight victory over the Beavers.

“Good swimming tonight,” Washington State Head Coach Tom Jager said. “Great senior leadership from Addisynn (Bursch) and Kendra (Griffin). Rachel (Thompson) had a nice meet as well. Overall it was solid. We are looking forward to getting back home and swimming in Gibb Pool.”

The Cougars jumped out to an early lead, taking the top two spots in the 400 medley relay. WSU’s team of Hannah Bruggman, Angela Mavrantza, Anna Brolin and Haley Rose Love took first with a time of 3:50.08. The team of Jasmine Margetts, Addisynn Bursch, Elise Locke and Anna Rosen garnered a second place finish with a 3:50.83.

Washington State also gathered first-place finishes in the 200 fly and 1000 free. Junior Rachel Thompson finished the 200 free in 1:53.51, out-touching Locke by two seconds. Senior Jessica Marston took home her first win of the season with a 10:40.47 in the 1000 free.

WSU closed out the meet strong with a first-place finish in the 200 free relay from the team of Love, Bruggman, Johnson and Rosen, clocking a time of 1:35.95.

With the win, the Cougars improve to 3-3 in dual meets this season.

The Cougars return to the pool Saturday, Feb. 11, against Utah at Gibb Pool in their final home meet of the season. The meet begins at 11 a.m.

CORVALLIS, Ore. — Oregon State women’s swimming started the meet and ended the meet on a high note with a first place in both the 200-yard medley relay and the 400-yard freestyle relay, but came up short against Idaho Saturday morning at the Osborn Aquatic Center. The Beavers fell 136.5-124.5.

In the first event, Oregon State’s 200-yard medley relay grabbed a first place finish with a time of 1:45.81 to take an early lead. The relay team was made up of Felicia Anderson, Corrine Shigeta, Andrea Young and Sophie MacEwan.

Freshman Felicia Anderson ended the regular season with a pair of first place finishes in the backstroke. Anderson finished the 200 with a time of 2:03.69 and the 100 in 56.22.

Junior Corrine Shigeta also added points for the Beavers in the 200-yard breaststroke with a mark of 2:22.59 for second place.

The Beavers finished the meet with a dominating first-place performance in the 400-yard freestyle relay with a time of 3:32.48 – four seconds faster than second place. The relay team was made up of Anni Hecker, Andrea Young, Felicia Anderson and Sophie MacEwan.

Oregon State will begin preparations for the Pac-12 Championships that will take place February 22-25 at Federal Way, Washington.