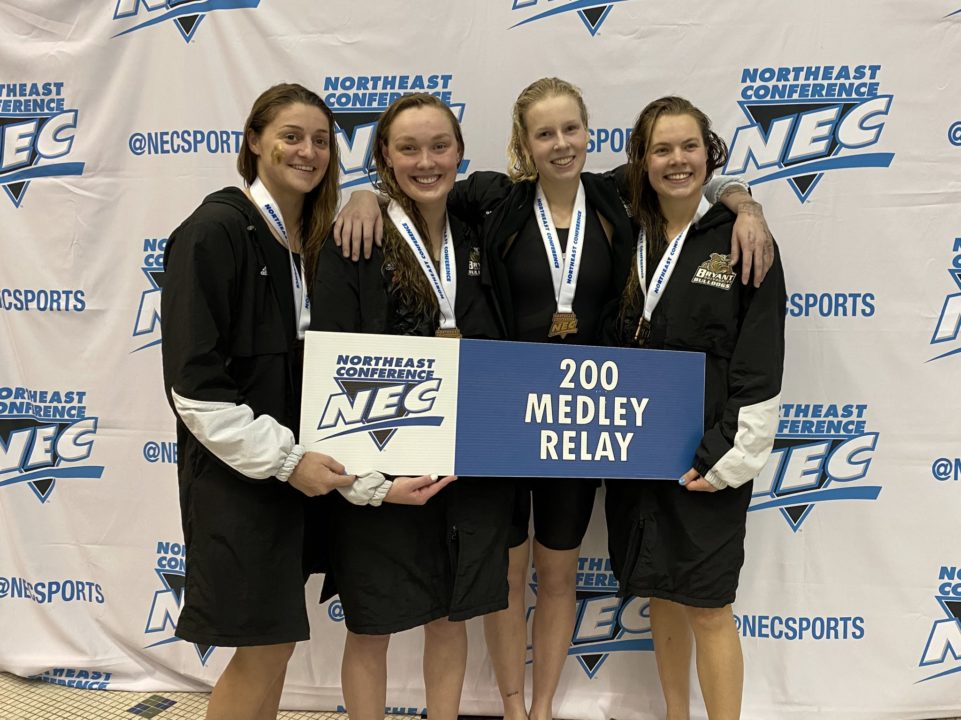 The Bryant women won their 3rd-straight NEC title in the 200 medley relay and 4th-straight in the 800 free relay on Wednesday. Archive photo via Northeast Conference

In the opening 200 medley relay, Bryant swam 1:41.56, which put them almost 2 seconds ahead of runners-up Central Connecticut State, who took 2nd in 1:43.47. Bryant returned 3 of their 4 legs from last year’s winning relay, in their title defense, having graduated only anchor Jillian Rice, the 2019 NEC champion in the 50 (and 100) free.

The 4th-place finishers from Wagner were more than 10 seconds behind LIU.

The top split came from Long Island’s anchor Amanda Peren in 1:48.20. The next best was done by Central Connecticut State anchor Simona Visinski in 1:49.23, while Bryant had a pair of 1:49 splits: one on a rolling start from freshman Erin Doruska in 1:49.56, and the other from Alyssa Difiore on a leadoff leg.