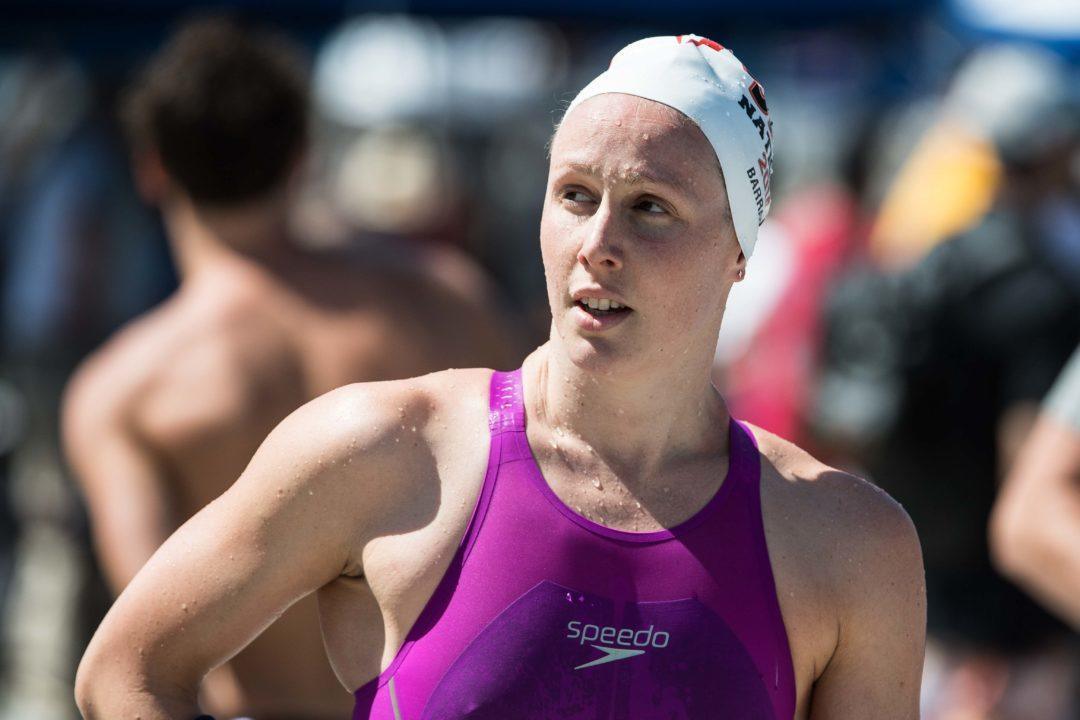 Bronte Barratt has been elected to serve as the athlete representative on the Brisbane 2032 Olympic Games Organizing Committee. Archive photo via Mike Lewis/Ola Vista Photography

Retired Australian Olympic swimmer Bronte Barratt has been elected to serve as the athlete representative of the Brisbane 2032 Olympic Games Organizing Committee.

32-year-old Barratt was selected for the role from a shortlist of 5 candidates, as voted by Australia’s Olympians from both the 2016 and 2020 Games.

Barratt represented Australia at a trio of Olympic Games, including 2008 Beijing, 2012 London and 2016 Rio. She earned relay medals at all three editions while her individual bronze came in the 200m freestyle in London.

On the opportunity to represent her peers, Barratt says, “I am very excited about the future for Brisbane and Queensland with the Olympic and Paralympic Games being held in my hometown. My three Olympic Games experiences were definitely the best time of my life and it’s these experiences that I believe will add value for the Committee.

“The Brisbane pitch was crystal clear that the athletes are front and centre. With my swimming and post-swimming career, I know I can provide the insights and decision making on behalf of athletes.”

AOC president John Coates says, “We have to deliver a great Games for the athletes. They are at the heart of the Games. Congratulations to Bronte for being selected by her fellow Olympians to be that important voice from the very start.

“She understands the Olympic environment through three very different Olympic Games. This knowledge is vital in shaping the opportunity for Brisbane, Queensland and all Australia. There are ten year olds today whose Olympic Games experience in 2032 as athletes will be shaped by the input from Bronte at the Committee table over the next three years.”

Brisbane was officially awarded the 2023 Games this past July. The official 2032 Olympic Games organization Committee will come into existence once legislation is passed by the Queensland Parliament later this year.

Hope that by 2032 Swimming AUS gets its “cultural” house in order, so that we no longer have to read stories like this one about Stephanie Rice and so that coaches like Dean Boxall and Laurie Laurence are no longer celebrated.

Surprised how quickly they’re getting the ball rolling but I guess if you’ve got 11 years to prepare you might as well make good use of all of them.

I’m sure Tokyo prepared well too except the coronavirus came at the 11th hour ., I guess from now on every host city should plan for future pandemics as well

We may have to have the 2032 OTs soon. I am hearing Australia will demand a ten year quarantine period for everyone entering the country soon.

I remember her touching out missy for bronze in 200 free by .01