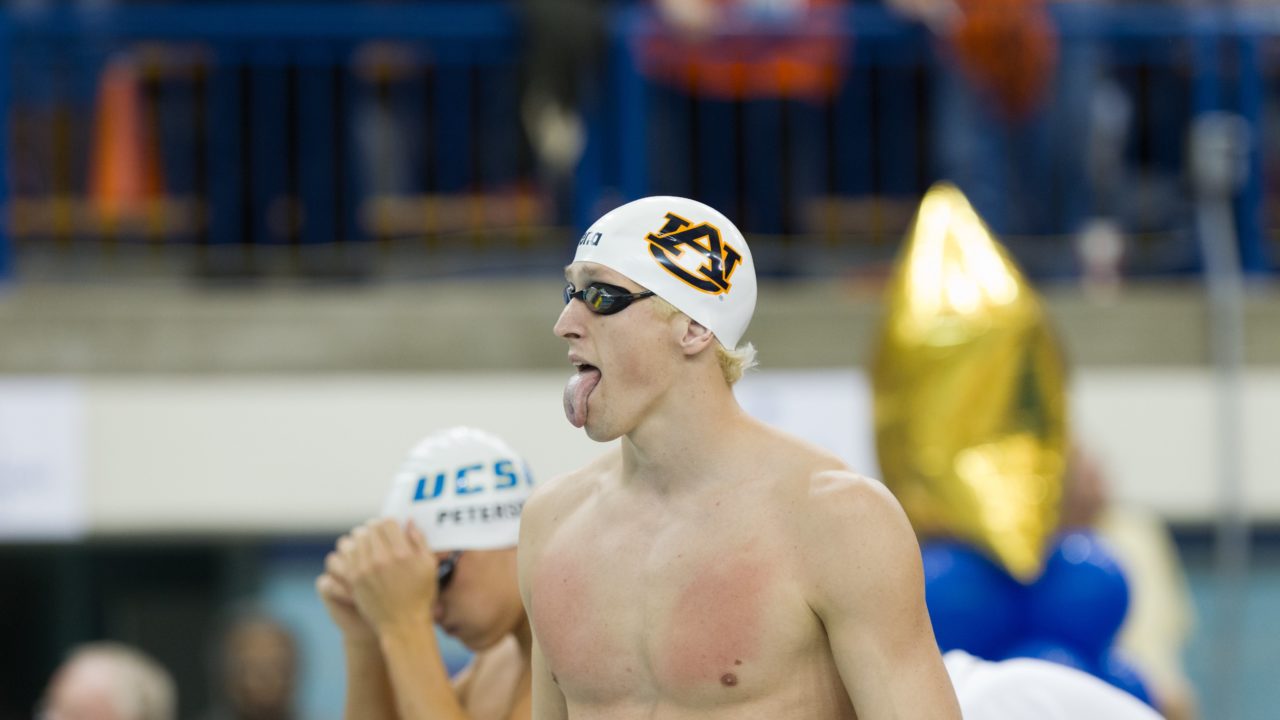 Former Auburn sprinter Adam Brown was among the 38 named to British Swimming's Olympic roster this weekend. See who else made the cut. (©Tim Binning/TheSwimPictures.com)

British Swimming kicked off their Olympic orientation weekend today with 38 swimmers qualified for the 2012 London Olympic Games. That includes their open water swimmer Keri-Anne Payne, who qualified at the World Championships.

Even with the big standard-increase in qualifying times for this year’s meet, this is already one more than the Brits qualified for the 2008 Olympics (37). As anyone who was paying attention could probably guess, the roster has swung more towards women’s swimming since Beijing – there’s now an even split of 19 men and 19 women. In the last go-around, there were 21 men and 16 women on the roster.

So far, the number of individual swims earned is still way down from last time. In 2008, they had 48 entries; after the first of two qualifying meets the Brits have only scored 37 individual entries. This is probably a result of swimmers paring down to a more focused event schedule. That improves their chances at medals, but swimmers like Payne had two pool entries four years ago to go with the 10k, and Liam Tancock also swam the 200 IM in 2008.

The Brits are likely to pick up a few more entries at June’s ASA Championships, where swimmers can qualify in any unoccupied roster spots. Adam Brown picking up a 50 has a good shot, as could a second men’s 100 butterflier.

Below is the British roster thus far, along with their club and individual entries. “ITC” stands for “Intensive Training Center”.

Too bad Payne didn’t qualify for pool events (at least a relay spot)..

And Tancock didn’t go for the relay..Can they use him still?!

Yeah, she was really confident about her chances in the 400 IM headed into the meet, but she was only 5th. Probably works out for the best for her open water swim though as at the Olympics, the pool comes before open water (vice-versa at Worlds).