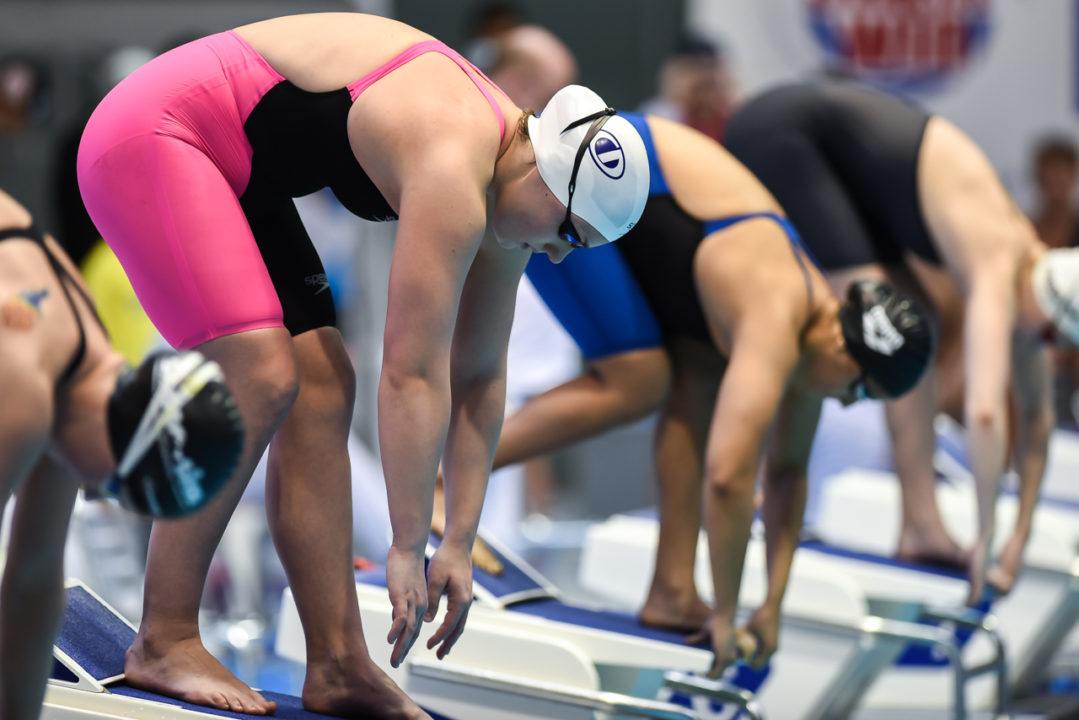 British Olympian and two-time Commonwealth Games medalist Jess Lloyd is retiring at the age of 22. Archive photo via Peter Sukenik/www.petersukenik.com

British Olympian and two-time Commonwealth Games medalist Jess Lloyd is retiring at the age of 22, after taking time away from the sport in 2015 and 2016 to care for her mother.

“Swimming has been my life since the age of eight and I am still emotional about making the decision because I love to train, it’s just that I don’t have the fire to race any more,” she told the Saddleworth Independent. “The more I raced recently and didn’t improve, it tarnished the memories of London and Glasgow. Part of quitting was to keep those happy memories.”

She competed in trials for Rio, but said that “it felt different going back into the bubble [of the swimming world].”

Lloyd studies at the University of Bath, where she hope to reignite her career, but ultimately was unable to. In her second year back in the water, she suffered from a spinal injury, as well as gastritis.

Despite the emotional circumstances, Lloyd was lucky to have competed for a home crowd in her Olympic appearance.

“It doesn’t get any better than competing in a home Olympics,” she said. “It would have been amazing to get to another one, and I would have soaked it in even more, but it could never have beaten London.”