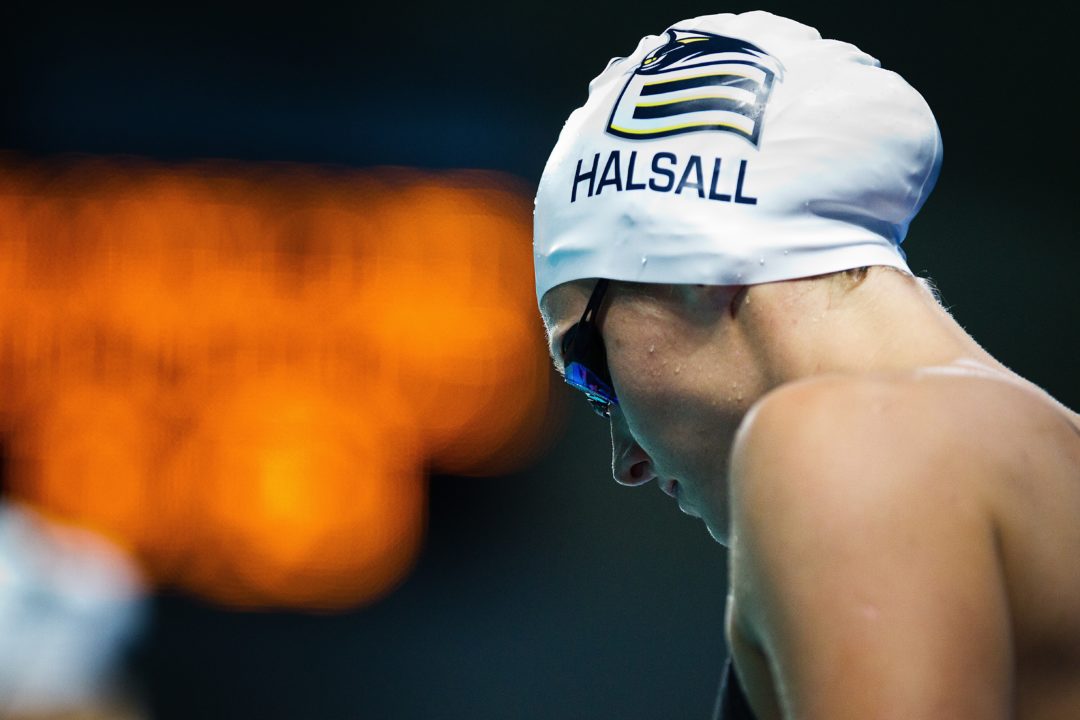 The Commonwealth Games teams for England, Scotland and Wales will be chosen at the British Gas National Championships which will be held from April 10th-15th...

The British Gas Swimming Championships will run from April 10th-15th in Glasgow at the Tollcross International Swimming Centre, the site of the swimming events at the 2014 Commonwealth Games. Over these six days the teams that will represent England, Scotland and Wales at those games will be chosen.

Going into the competition England has athletes ranked in the top five in the world in nine events while Scotland has five and Wales has three.

Scotland held their national championships the last week, which produced some impressive performances by Michael Jamieson, Ross Murdoch, Calum Tait and Hannah Miley. The three Scottish men are three of the four male Brits who rank in the world’s top five, the only other being England’s Adam Peaty.

It should be a very exciting showdown in the men’s breaststroke events. Murdoch put up the world’s second fastest time in the 50 (27.28) and 100 (59.75) breaststroke events during last weekend’s competition, while Peaty had already recorded the fourth fastest 50 (27.51) and third fastest 100 (59.90) at the beginning of March. Jamieson, the Olympic silver medalist, posted the world’s number one time of 2:08.01 in the 200 breaststroke, holding off Murdoch who recorded a 2:09.15, the world’s fourth fastest time. Andrew Willis most likely will be in the mix in the longer event. Willis finished fourth at the World Championships last summer one one-hundredth of a second ahead of Jamieson.

Miley, who holds the British records in both the 200 and 400 IM, will be in tough in the women’s medley events. Even though she put up the world’s second ranked time in the 400 IM (4:35.48) at the Scottish Nationals England’s Aimee Willmott is the one woman in the world who has swum faster, having posted a 4:33.64 in January.

If Miley takes home the victory in the 400 IM it will be her ninth consecutive national title in the event.

The women’s 200 IM should also garner some of the world’s top times. Heading into the event Siobhan-Marie O’Connor has the world’s second ranked time of 2:10.35 while Willmott is fifth in the world rankings with a 2:10.87. Sophie Allen, who represented Britain in Barcelona last summer, may also be a factor in the event.

The only medal that Great Britain brought home from the 2013 World Championships was a bronze in the women’s 50 freestyle, which was won by England’s Fran Halsall. Halsall enters this weekend’s events with the world’s second fastest time in the 50 freestyle (24.38) and the third ranked time in the 50 butterfly (26.12) and will not likely be challenged in the shorter sprint events.

She should have a battle on her hands in the 100 butterfly where she will face national champion Jemma Lowe, Siobhan-Marie O’Connor and Rachael Kelly. In the 100 freestyle Halsall’s main competition will come in the form of Lithuanian superstar Ruta Meilutyte.

Another young swimmer that will be fun to watch is Meilutyte’s Plymouth teammate Ben Proud. Proud had an incredible showing at last year’s championships winning the men’s 50 butterfly in a new British record time of 23.10, breaking Mark Foster‘s mark that stood for 10 years.

Full schedule of events can be found here

Competition entries can be found here

Live broadcast of the competition can be found here

Live results can be found here

Paul has taught all three of my sons to swim, one of which still enjoys swimming for SSC. My youngest is still there and , although he can swim well, continues to be taught to be a stronger and confident swimmer. I can’t imagine anyone would have done a better job and as for overbearing, he is a dad who will do anything for his kids, both he and his wife Pippa work extremely hard, and give Holly all the support and help she needs and wants, and I know she is grateful for that, Paul is passionate about all children swimming and being safe and being nasty when you don’t know him is unfair and totally out of order.

I believe Holly’s father is an established coach who has produced a significant number of elite swimmers. I would argue that you are confusing overbearing with a desire to help and advise his daughter to ensure she realises her true potential,as I am led to believe he does with all his protégés. If I was in his position viewing your comments I would be seeking legal advice!

I’d be interested in seeing if Jameison can drop any more time. I’m not quite sure why he dropped a 2:08 a week outside of trials, but if he goes any faster, he’ll be approaching his PB/WR. Then again, we knew that a WR from Jameison isn’t an outside possibility.

Being pushed by Willis, Peaty and Murdoch I would say he will drop more

The Scottish nationals count as part of the trials for the Scotland team so his 2:08 was eligible for selection – expect he wanted to get a QT on the board at the first attempt

I am being very optimistic and predicting some huge swims. Mid-distance freestyle, breaststroke and backstroke for Men and pretty much all events for women look very exciting!

Hibbott’s great. Loads of potential. If she didn’t have an overbearing dad who placed undue expectations on her, I’d say she’ll go far in this sport!

I’d heard whispers of that before, I haven’t witnessed it myself. I know the Metro group are expecting big things for her this week and beyond. Lets hope she is involved with the sport for her enjoyment and not any other reasons.

I believe Holly’s father is an established coach who has produced a number of elite swimmers, I feel you are confusing ‘overbearing’ with self belief in his own ability and the message he is trying to convey to his daughter and judging by her results he’s done a pretty good job so far? Back off I would recommend ?

Hi Tim – Jack
You know the problem with whispers most of them turn out to be Chinese and that is most definitely the case here, I am sure you are both very knowledgeable about swimming but to be honest i don’t care if you taught Phelps everything he knows. for you certainly do not know anything of MR Hibbott and his expectations for holly. I have witnessed him over many years in both coaching and family environments and can assure you that the only expectations he places on ANY of his swimmers is that they enjoy their swimming journey and achieve their own maximum potential. He is held in the highest esteem by the local community for all… Read more »

Hello tim and jack overbearing dad probably right.Coaching and teaching swimming for twenty five years,five children four of which couldn’t be bothered with the sport,and quite honestly I wish holly was the same but while she enjoys the sport I will continue to support her and help her if this is overbearing well so be overbeared if that’s a word.

I am loving all these nationals galore.