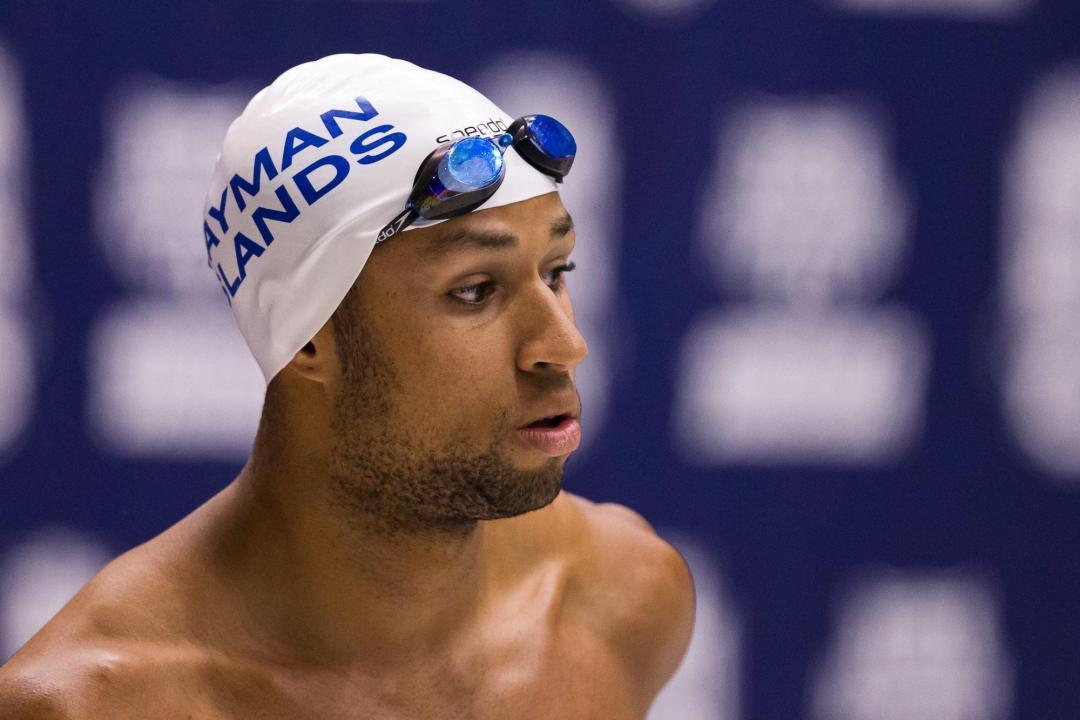 Brett Fraser, the face of Cayman swimming, will represent the country at the 2014 World Short Course Championships in December. Archive photo via Tim Binning/TheSwimPictures.com

Two-time Olympian Brett Fraser will lead a team of four swimmers from the Cayman Island to the 2014 World Short Course Championships.

The meet will be held from December 3rd-7th in Doha, Qatar.

The Cayman Islands Amateur Swimming Association didn’t send anyone to the long course World Championships in 2013, but they did send a roster of 6 to this year’s Commonwealth Games as part of a 28-person all-sport team that is the biggest in the country’s history.

At the Commonwealth Games, Fraser was the country’s lone finalist. He finished 5th in the men’s 50 fly, and 13th in the men’s 50 free. Lauren Hew, though, showed some promise with a 14th-place swim in the semi-finals of the women’s 50 back, earning some valuable multi-round experience