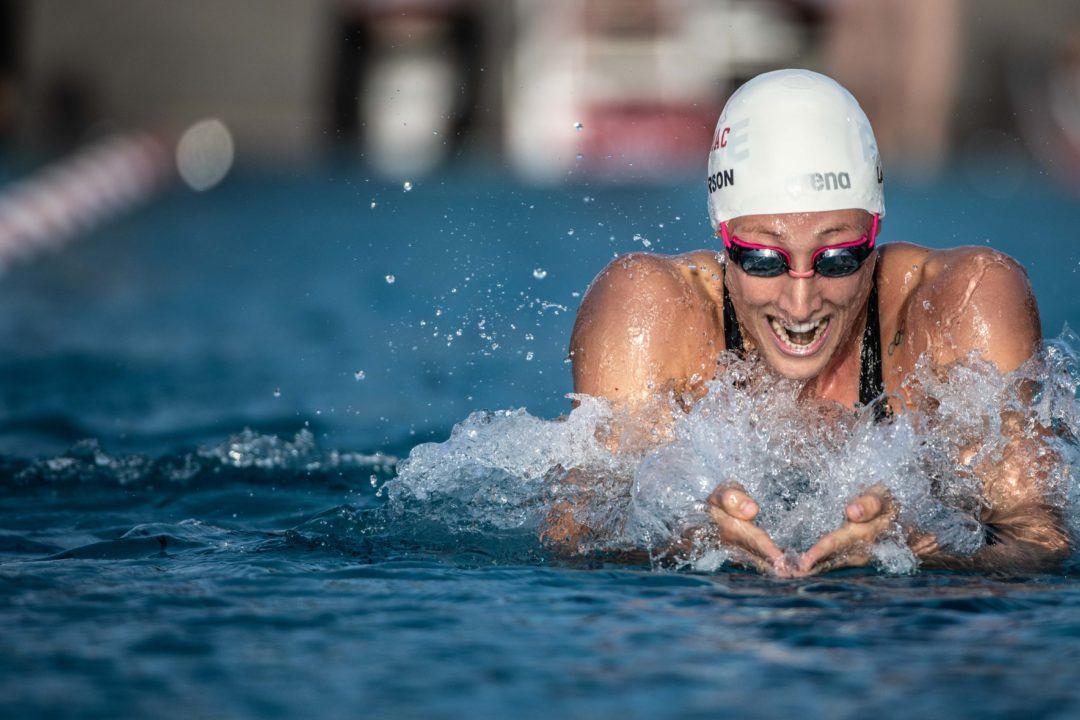 Day 1 of the 2018 Argentina National Championships saw a National Record broken, and an American Olympian challenged by a domestic star in the women’s 50 breaststroke.

In the first event of the finals, excitement ensued when Robert Strelkov swam a 23.82 in the 50 fly, to break his own National Record of 23.87 that was set in prelims. Coming into the meet, Santiago Grassi held the record from May of last year at 23.89. Grassi, the previous holder of all of Argentina’s age group records in this event, didn’t compete on day 1 of the championships.

The excitement flowed into the next event, where 2012 U.S. Olympian Breeja Larson swam a 31.64, which beat out one of the country’s top swimmers Macarena Ceballos and her 31.94. Ceballos, like Larson, is equally-good as she climbs the distances, so they should have at least two more good battles this week.

Ceballos and Strelkov were two of just 4 swimmers fast enough on Wednesday to secure a spot on Argentina’s roster for the South American Championships. The 3rd to do so was Gabriel Morelli, who won the men’s 100 breaststroke in 1:01.85 – which itself was just four-tenths from the Argentine record. Two-time Olympian Federico Grabich was the 4th, winning the men’s 200 free handily in 1:47.56. At 28-years old, that time was just .17 seconds from his own National Record that came in March before the Rio Olympics.

Glad to see she is still in the game!

She was a late starter (started swimming at 17) so she probably will be in for a few more years.