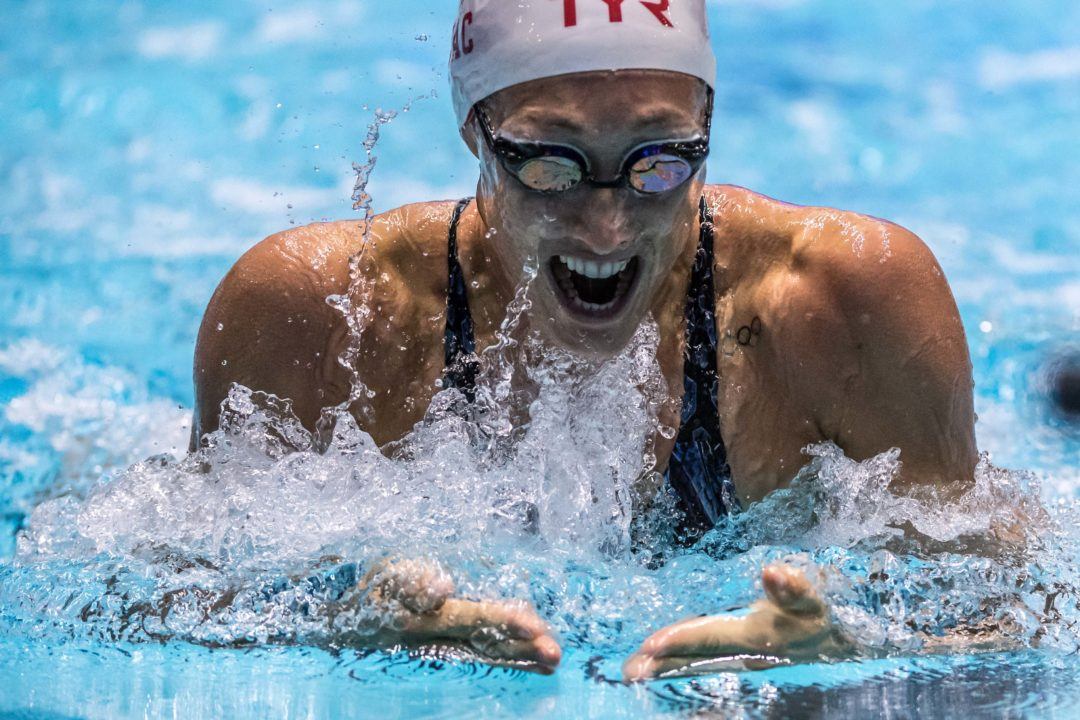 Olympian Breeja Larson, one of the top breaststrokers in American history, is expected to race at the 2018 Argentine National Championships. Archive photo via Mike Lewis/Ola Vista Photography

Olympian Breeja Larson, one of the top breaststrokers in American history, is expected to race at the 2018 Argentine National Championships.

According to Argentine news site La Voz, Universitario coach Federico Rossi reached out to Larson asking if she’d compete on his team. Larson accepted the offer, and will race at the meet at the end of the month, from April 25-28.

“My boyfriend is Argentine and I never had the chance to travel to the country. When the opportunity came to be able to get to know Buenos Aires and be able to compete at the same time, it seemed like a very good opportunity,” said Larson. She is dating ice hockey player Tomás Abrate, an Argentina native who played hockey collegiately for Notre Dame.

La Voz writes that it will be the first time in history that an Olympic gold medalist will compete at these national championships representing an Argentinian club, a pivotal moment for Argentine swimming.

Representing Universitario with Larson will be Andrea Berrino and Cecilia Biagioli, two premier Argentine women in the sport. Berrino is the national record holder in all three backstroke events, and Biagioli is a four-time Olympian and former South American continental record holder in the 400 free.