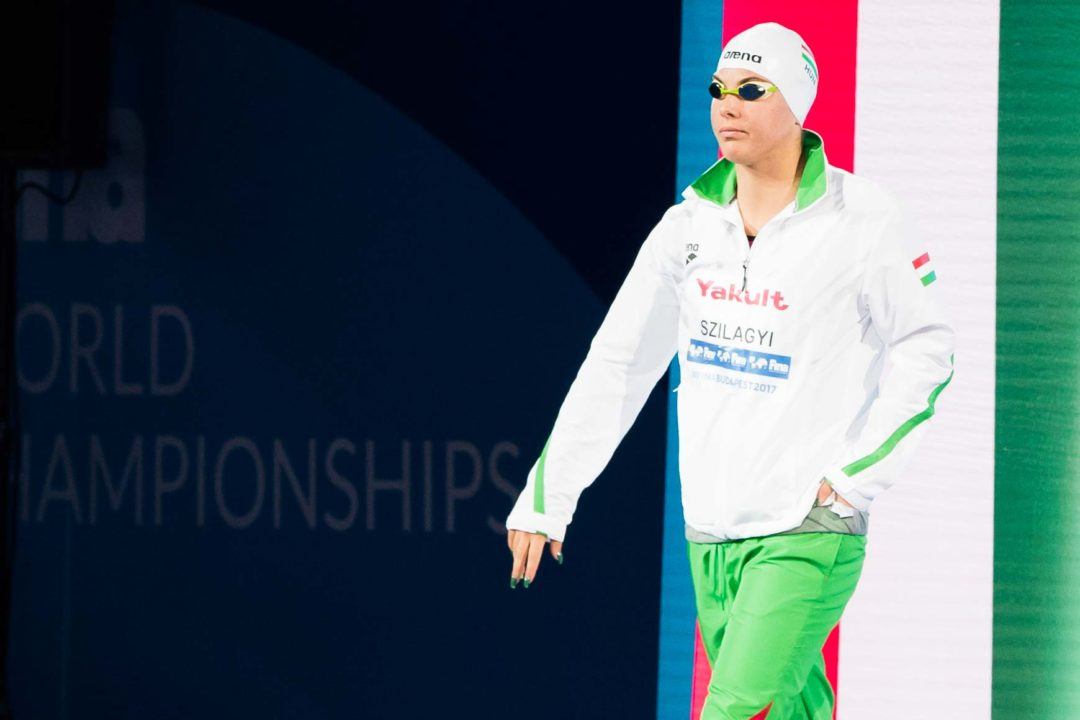 We reported last week how double Youth Olympic Games champion Liliána Szilágyi of Hungary would not be swimming for the University of Florida this season despite having committed to joining the Gators in January.

Instead, the 20-year-old Hungarian will be headed to Brazil to train under Arilson Silva, former coach of world record holder Cesar Cielo. Per Silva’s Instagram account, the coach says, “Here we go! I am now the coach /manager of the competitive preparation of Liliana Szilagyi (Hungary) towards Tokyo 2020! I am so happy with this opportunity! ”

Silva most recently held Ukraine’s Andrii Govorov under his tutelage, with the sprinter collecting a bronze medal in the 50m butterfly at the most recent World Championships in Budapest.

For her part, Szilagyi was the 2014 Youth Olympic Games champion in both the 100 and 200 fly, and a year prior was the silver medalist in the same events at the World Junior Championships. Her most recent senior medal came at the 2016 European Championships, where she was 2nd in the 200 fly, which was followed later that year by her 2nd Olympic appearance. She wound up 12th in the 100 fly and 10th in the 200 fly.

We’ve reached out to Coach Silva for comment and will update when available.

So is she still on UF roster? Title |V issues?