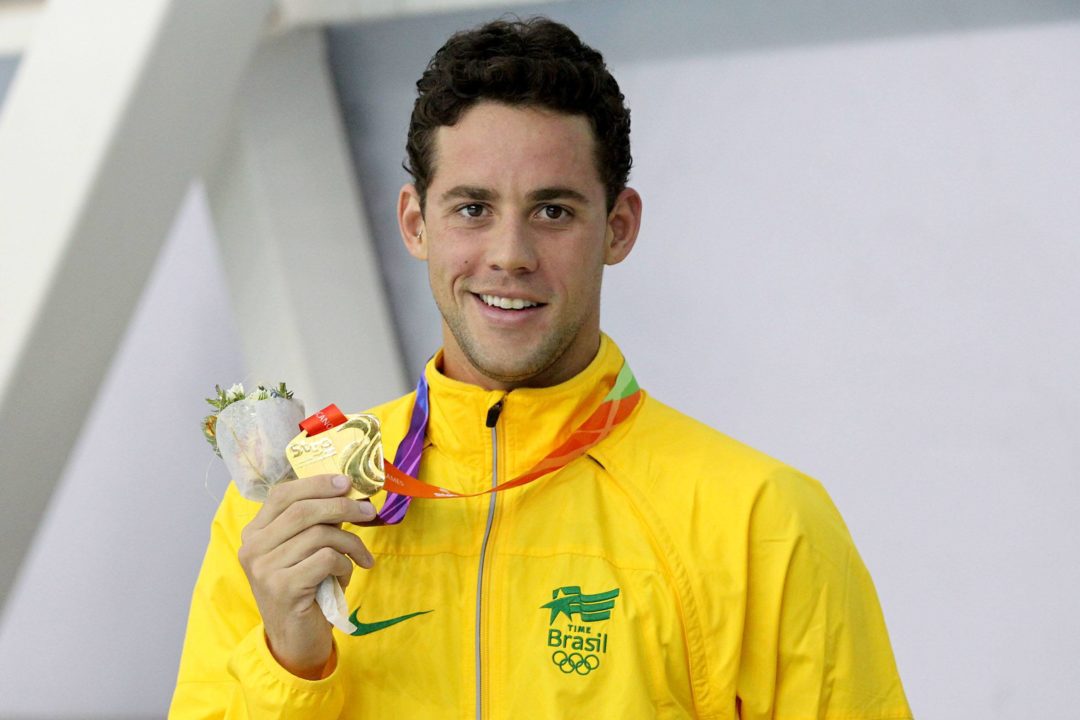 Brazil's Thiago Pereira is the newest signee for Speedo, jumping over from Arena. Archive photo via Satiro Sodre/SS Press

Brazil’s Thiago Pereira has earned a new sponsorship agreement, inking on the line with Speedo’s international wing through 2016. This wins over one of Brazil’s better-known swimmers from Arena, whose equipment he had previously worn.

Now, headed into this summer’s Pan Pac Championships, with a lot of uncertainty swirling around Michael Phelps and Ryan Lochte in the individual medley events, and Kosuke Hagino showing inconsistency at big championships, Pereira is one of several contenders for golds in both of those races.

But first up will be Brazil’s National Championships and Pan Pacs qualifier the Maria Lenk Trophy. Pereira typically swims huge schedules at his national championship meets, for the purposes of team scoring, so this deal should provide good domestic value for Speedo.

More importantly, it’s another move into the host country for the 2016 Olympics. While the IOC appears not to have made a significant shift yet surrounding advertisements using Olympic athletes during the Olympics, there will still be some big battles to stake valuable territory ahead of the Rio de Janeiro Olympics.