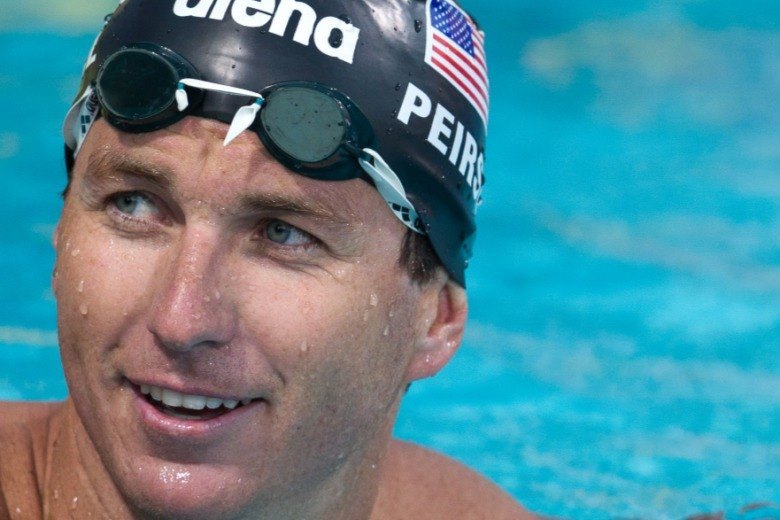 As part of its continuing commitment to growing the sport of swimming in the USA, Arena will offer local children and fans in the Mesa area an up-close opportunity to celebrate the famed athletes participating in the Arena Grand Prix at Mesa next week.

As part of its continuing commitment to growing the sport of swimming in the USA, Arena will offer local children and fans in the Mesa area an up-close opportunity to celebrate the famed athletes participating in the Arena Grand Prix at Mesa next week.

The youth-event, “Arena Grand PrixView Featuring Aaron Peirsol” offers local youth swimmers the chance to compete in the Grand Prix pool and in front of the Grand Prix spectators alongside superstar Aaron Peirsol, and the “Autograph Arena,” provides children in attendance the chance to meet and greet their favorite swimmers. In addition Arena will host nightly autograph sessions in the Arena store at the Skyline Aquatic Center. Ticket information is available at usaswimming.org/grandprix.

The Arena Grand PrixView Featuring Aaron Peirsol will take place on Thursday, April 24, beginning at 3:10 p.m. The event offers 24 local children the chance to hear from the world’s best backstroker, Peirsol. Kicking off with a fun-themed game of “Sharks & Minnows,” the event continues with a motivational speech and Q&A with the seven-time Olympic medalist. Peirsol will also address local parents about the importance of “keeping fun in the sport,” before competing in a 100m relay with the local swimmers. Adding to the star-studded youth event, NBC’s voice of swimming Rowdy Gaines will serve as event Emcee and U.S. National Team swimmer Laura Sogar will compete in the pool with Peirsol.

“Arena wanted to find a way to expand the excitement and inspiration of the Grand Prix Series to truly impact youth swimmers across the nation, and the Grand PrixView gives us the opportunity to do just that,” said Tim McCool, Vice President and General Manager of Arena. “In Aaron, we found the perfect ambassador for this cause – someone who is wholly committed to inspiring kids and encouraging their love of our sport.”

“When Arena approached me with the opportunity to reach youth swimmers across the nation, I was extremely energized,” said Peirsol. “I know I speak for much of the U.S. National Team when I say that we recognize the importance of encouraging and perpetuating the love of the sport, and I hope an experience like the Arena Grand PrixView will positively impact kids across the nation. We all need to remember why we fell in love with this sport, and I hope I can help send that message through this event series.”

In addition, in Mesa and at each of its entitled events during the six-stop Arena Grand Prix Series, Arena will present the “Autograph Arena,” a unique section near the awards podium, where children attending the meet are encouraged to get up-close and meet their swimming heroes. All attendees have access to this special area, and fans are encouraged to bring autograph cards and pens.

Finally, Arena and the Mesa Aquatic Club are proud to provide 150 tickets to each finals session, at no cost to local swimmers and children’s groups. The “Arena Shark Tank,” a cooperative effort between title sponsor Arena and host MAC, is a consistent series element that aims to provide kids in each Grand Prix Series market with the opportunity to see their favorite swimmers, regardless of economic status.

This release is courtesy of Arena, a SwimSwam partner.