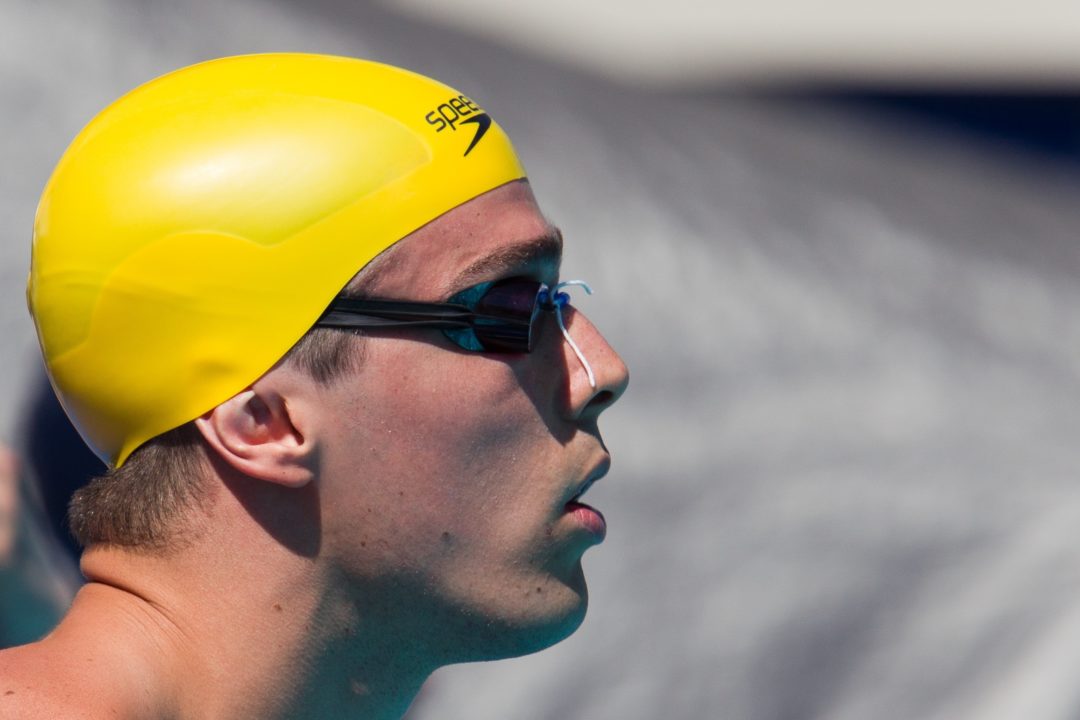 Brazil's swimming federation has announced what events each of its 19 Pan Pacs roster members will be entering on the Gold Coast of Australia next week. That includes current #2 swimmer in the world in the 50 free Bruno Fratus. Archive photo via Tim Binning/TheSwimPictures.com

Brazil’s swimming federation has announced what events each of its 19 Pan Pacs roster members will be entering on the Gold Coast of Australia next week. That includes current #2 swimmer in the world in the 50 free Bruno Fratus, taking over for absent world leader Cesar Cielo.

The Brazilian federation notes that entries aren’t officially confirmed until the technical meeting the night before the meet kicks off, but there likely won’t be a whole lot of shakeups between now and then.

In true Brazilian style, the teams are pretty solid through the sprint freestyles. 4 of the 13 men and 5 of the 6 women are entered in the 50 free and that’s without Cielo even being entered. The men’s team is also pretty deep through the breaststrokes, with four different men competing in various breaststroking distances. Not entered in the breaststrokes is the incredibly versatile Thiago Pereira, who is instead aiming for the 100 back and fly in addition to his IM races.

The Brazilian team may be hurt more than any other by the elimination of the 50 fly, back and breast this season. In 2010, Brazil won 4 of its 8 Pan Pacs gold medals in the 50s stroke, including both of its golds (Cielo in the 50 fly, Felipe Silva in the 50 breast) and its 1-2 finish in the 50 fly with Cielo and Nicholas Santos.

A few more notable names: Fratus will swim only the 50 free, where he’s perhaps the favorite to win. Leonardo de Deus takes the 200s of fly and back along with the 400 free. Santos, at 34 the oldest swimmer on the roster, will swim the 50 free and 100 fly, though he is quoted on the Brazilian federation’s site saying he might swim butterfly on the 50 freestyle instead, simply to get a time in his premier event.

Also notable – Brazil will enter 5 of the 6 possible relays, deciding not to swim a 4×200 free relay for women. With only 6 women on the team, it would be a big drain on team energy to add an extra, taxing relay event to the lineup, and none of the six Brazilian women specialize in the 200 free.

The Brazilian federation’s announcement is here, in its original Portuguese.

I was wondering why the turnaround from having stroke 50s in 2010 but eliminating them in 2014.

The general trend in International swimming seems to be embracing stroke 50s, giving them more and more medal opportunities. Even the US is now allowing people do qualify for worlds based on them.

Why is Pan Pacs going back to the Olympic schedule?