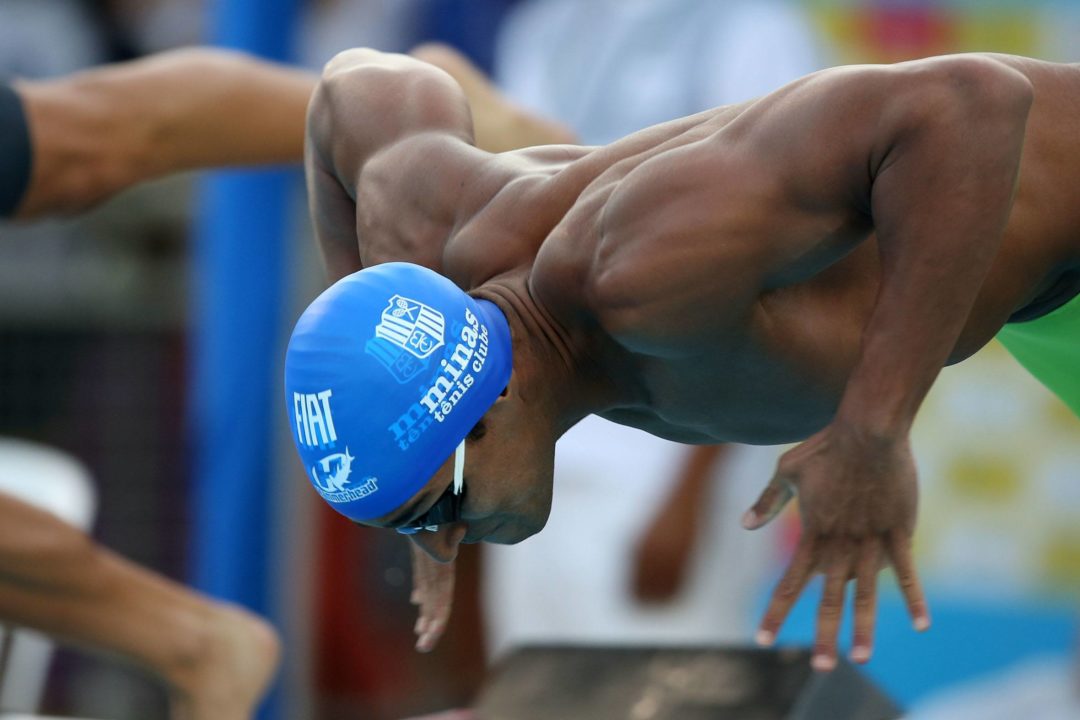 Brazil’s doping control agency, ABCD, has added 200 athletes to a special Target Group for anti-doping monitoring in an effort to make the nation’s medal hopefuls extra prepared for next summer’s Olympic Games.

The list targets selected Brazilian athletes who have good chances to medal at next summer’s Olympic or Paralympic Games, both of which will be held in Rio de Janeiro. Brazil is hoping for an impressive medal haul in front of its home crowd, and this extra anti-doping measure appears to be one more way for the nation to ‘cover its bases’, so to speak, in making sure none of those medals become the subject of positive doping tests.

Brazil’s list doesn’t include it’s most well-known athletes like world record-holding sprinter Cesar Cielo, the rationale being that Cielo and other athletes at his level are already part of extra anti-doping test groups in the international federations for their respective sports. Cielo, for example, is already in FINA’s testing pool and is subject to multiple anti-doping tests at any time. Brazil’s list looks to include a wider range of athletes in a regular testing program instead of doubling up tests on its top performers.

Herrman held the South American and Brazilian records in the 50 free at one point last year, though her teammate Etiene Medeiros topped her mark by .02 later in the year. Chierighini is a former NCAA champion with Auburn, and Oliveira is a longtime relay contributor.

All three probably stand their best shots at Olympic medals in the sprint free relays, long a point of pride for Brazilian swimming. Subjecting them to extra anti-doping testing appears to be Brazil doing its due diligence to make sure no potential Olympic relay medals get stripped due to one member’s failed test, the way Russia’s world record-setting and European Championship gold medal-winning relays were after Yulia Efimova‘s doping suspension last year.

GloboEsporte reported the full list this week; you can read that piece in its original Portuguese here. Globo reports that the athletes on the list have to file paperwork with the ABCD giving their location for a one-hour window each day so that doping control agents can find them for a test on any given day, much like how the FINA doping pool works.

You can see the full list of 200 athletes here.

With Cielo’s history, more testing would prevent him from possibly micro dosing. Anyone who tested positive in the past, needs to be tested more frequently than those in the testing pool. One need only to read about the running legend / coach Alberto Salazar and his experimentation with micro dosing, the use of legal asthma medication by getting bogus diagnoses for the athletes, having his son be a guinea pig tester, etc. FINA has hardly shown that it is a paragon of virtue and that it really can’t be counted on to do the right thing, and enforce the rules (Sun and others). The Brazilians are smart to leave Cielo’s testing to FINA because it is now a guarantee that… Read more »

Costs.
No top dog is being tested(Cielo-Pereira) because WADA does that.Cielo is one of the most out of competition swimmers tested(I think 6-7tests last year).
Unfortunately it is very rare to catch micro dosage.The dude can take his drug just after the tester closed the door.The only way would be doing a new test in the next morning.Any top dog can be using micro doses of a banned substance.The chance to be caught will be minimum.Sadly.

Alberto Salazer was a psycho runner himself . When his oldest son was just a toddler HE was decrying decrying that HE , The Great Alberto , was losing training because he was catching the boy’s germs . Oregon sold itself as an athletic nirvana but it has always been a source of both PEDs & it’s athlete based economy ( Nike ) built on child & slave labour & cruel & inhumane work practices conveniently shipped around the world to ever cheaper sources. When I think back to ex child star Mary Dekker running around the Helsinki track in a T shirt emblazoned ‘ Pure and Natural’ then moving to Oregon & testing positive to testosterone imbalance – there… Read more »