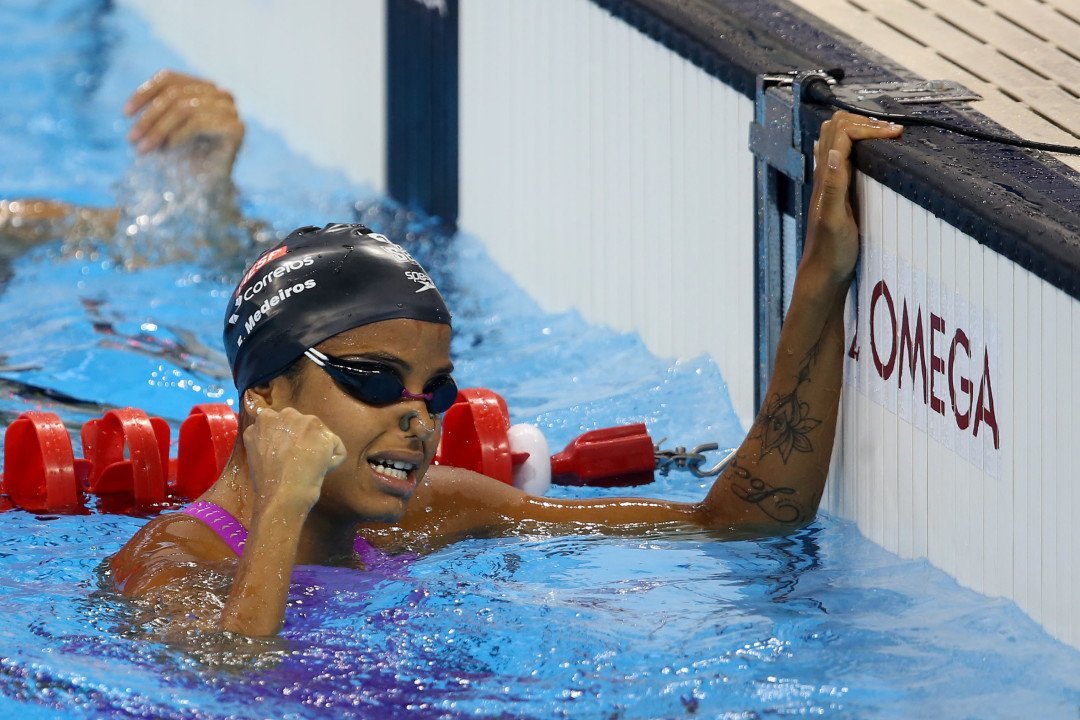 The Brazilian Swimming Federation (CBDA) has released its qualification criteria for the 2016 World Short Course Championships, which will be held in Windsor, Canada from December 6th-11th... Current photo via Satiro Sodré/ SSPress

The Brazilian Swimming Federation (CBDA) has released its qualification criteria for the 2016 World Short Course Championships, which will be held in Windsor, Canada from December 6th-11th.

Brazil will be attempting to defend their title as World Short Course champions after finishing on top of the medal standings with seven gold, one silver and two bronze at the 2014 event. For the 2014 World Short Championships the team consisted of 26 athletes.

The highlights for the team in 2014 team included world records set by Etiene Medeiros in the 50 backstroke and the men’s 4 x 50 medley relay (Guilherme Guido, Felipe Silva, Nicholas Santos and César Cielo) as well as Felipe Silva collecting gold in both the 50 and 100 breaststroke.

For an athlete to compete at the 2016 World Short Course Championships they must achieve a qualifying standard (listed below) at the Jose Finkel Trophy, which runs from September 12th-17th. Swimmers can achieve the qualifying standard in either the prelims, semi-finals or finals as well as a relay lead-off swim.

The full selection criteria can be found here.

Brazil will be the next Rússia in doping cases