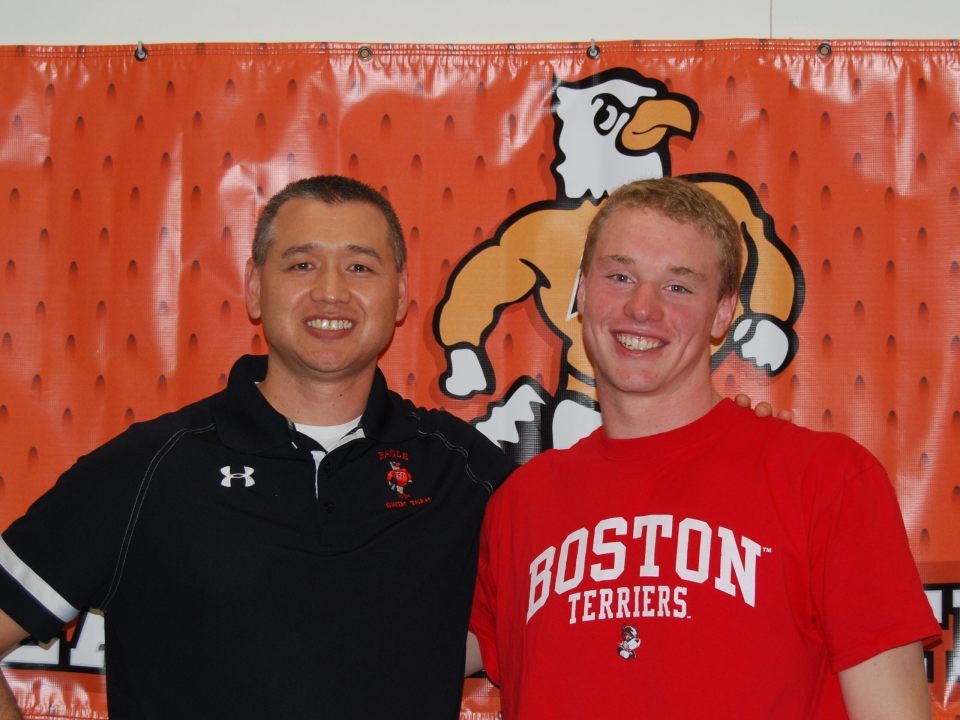 Alex Ewart, a senior at Centennial High School in Howard County, Maryland, has signed an NLI to swim at Boston University in the fall.

Ewart swims under head coach Scott Ward at Eagle Swim Team in Owings Mills, Maryland, where he has made significant improvements over the last two years. These include:

He has had similar drops in long course:

Ewart is a nice pick-up for the Terriers, who had a strong third-place showing at the 2014 Patriot League Championships. If he continues to make the kind of progress he’s been showing over the past two years he could help BU in their quest to move in on Navy and Army at the top of the standings.

Alright, Eagles!! Glad to hear of another success from coach Scott Ward.

Congrats to Alex on the decision!