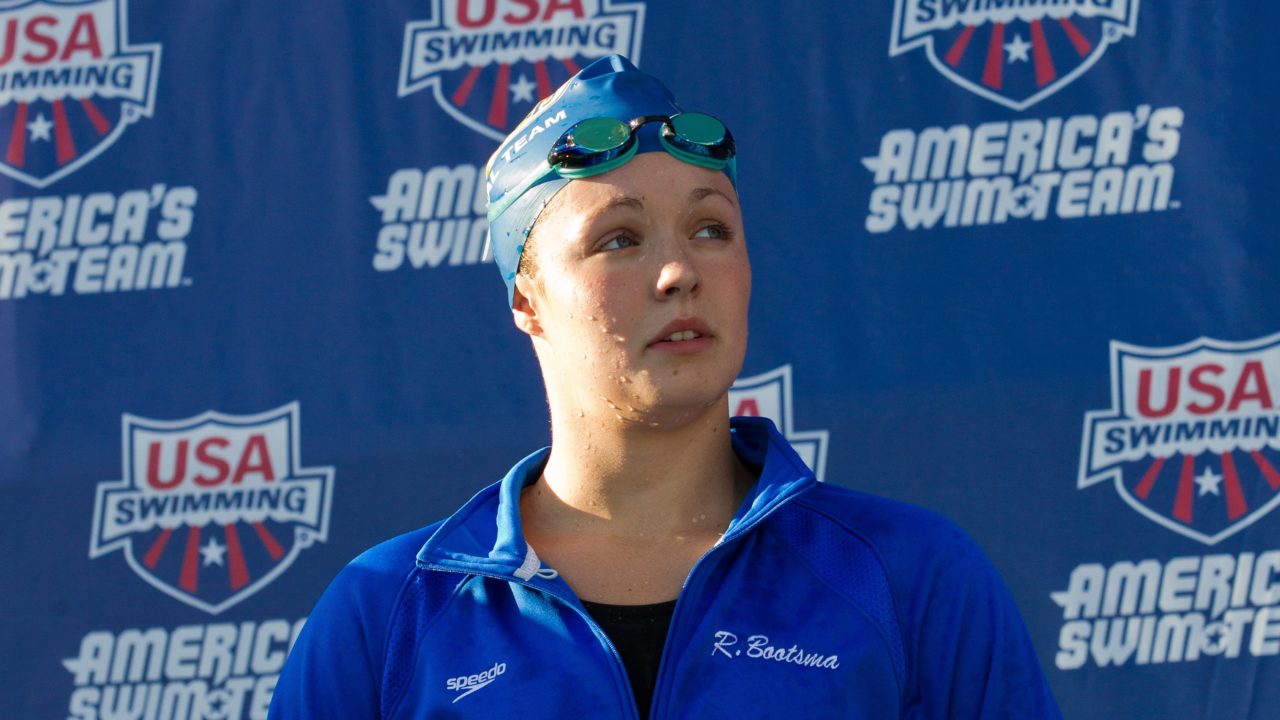 At the 2012 NCSA Junior National Championships, US National Teamer Rachel Bootsma has won three events through the first three days of the meet.

After Saturday’s prelims, she’s lined herself up to match that total on Saturday evening alone, as she swept the yards heats in all three of the day’s individual events.

First, she stepped up with the fastest 50 backstroke title, which was no surprise, in 24.15. That time would have been 5th-fastest in the 200 medley relay finals at this year’s NCAA Championships. Behind her in this race were familiar foes – Janet Hu from Curl Burke (25.45) and Mary Schneider (25.63).

And then, another 30 minutes after that, Bootsma would take the top seed in the 50 free in 22.59. If one were to extrapolate a decent relay start, that time would likely have put her on the Cal 200 free relay this year. She relay-split a 22.02 on the Aquajets’ 200 free relay as well, which assure that notion.

Among the three times, only the 50 free was a career best, or even better than she was at this meet last year (23.00). That shows how different her focus is in 2012, where everything is geared towards the Olympic Trials, as compared to 2011, where she was in reality still an age-grouper trying to break into the National scene.

The Baylor Swim Club’s Kristen Vredeveld is 2nd in 22.84 – she’s capable of a much faster time than that, and could be the biggest challenge to Bootsma at taking this title.

In that 200 IM, Georgia commit Ty Stewart. took the top seed in 1:48.38, which is just a tenth off of his lifetime best. Northern Kentucky’s Maxwell Williamson was just behind him in 1:48.74.

Bootsma also split 22.02 in the 200 free relay. She is going to fill many shoes at Cal right away.