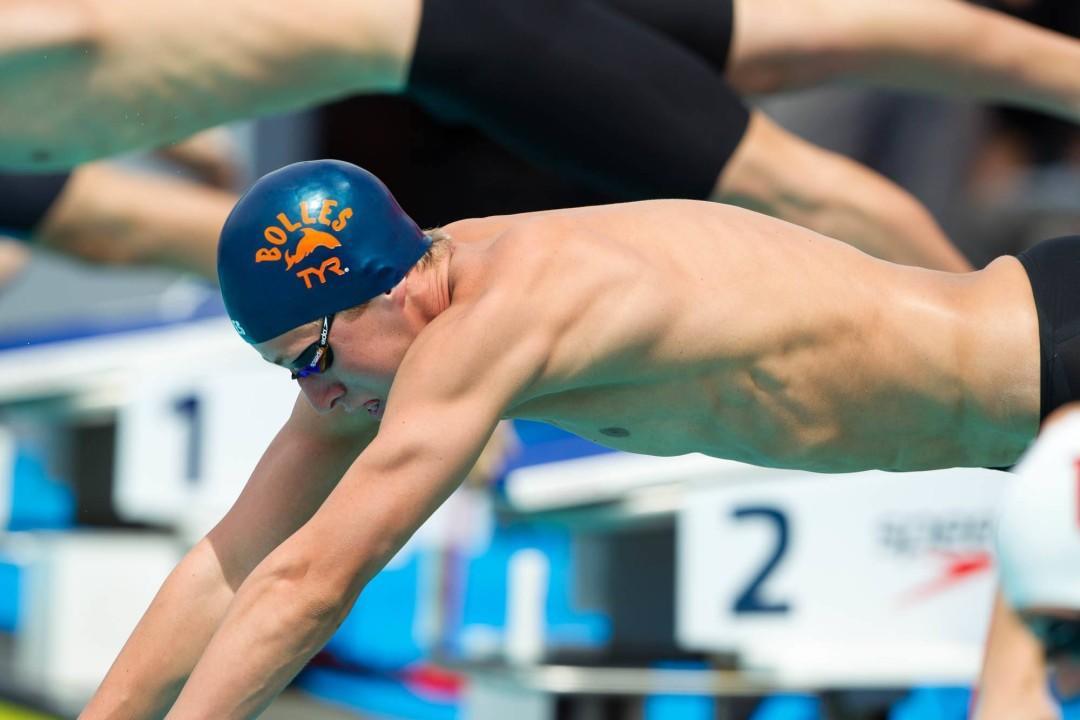 Bolles sprinter Tyler Rice has verbally committed to NC State, as the Wolfpack continue to load up what is already one of the best sprint groups in the country.

“From day one Coach DeSorbo, Coach Holloway and the rest of the staff have been exceptional,” Rice said. “Their track record with guys’ performances in the 50, 100 and 200 free, as well as, the progression of the team is what motivated me to choose NC State. I can’t wait to be part of the Pack!”

Rice is the defending Florida High School 1A (small school) state champion in the 50 yard free, and was also last year’s runner-up in the 100 free.

He’s a lifelong student of the Bolles School, and so has come up entirely within their system. He’s had a pretty standard progression in his improvements, for example in the 100 free:

He joins an NC State team that had the fastest 200 free relay in the NCAA last season with just one senior and the second-fastest 400 free relay (though the former was disqualified in the A-Final of the NCAA Championships).

While NC State was focused on diversifying its depth in its 2015 recruiting class, it was still anchored by Justin Ress, who’s been 20.35 and 44.23 in the 50 and 100 yard freestyles. They’ve started off their 2016 class the same way, with a swimmer in Rice who will fit well into their core competencies in the sprints. When he arrives in Raleigh, he’ll have one year to develop before that group undergoes some sizable turnover and will need him to step in and carry a big load.