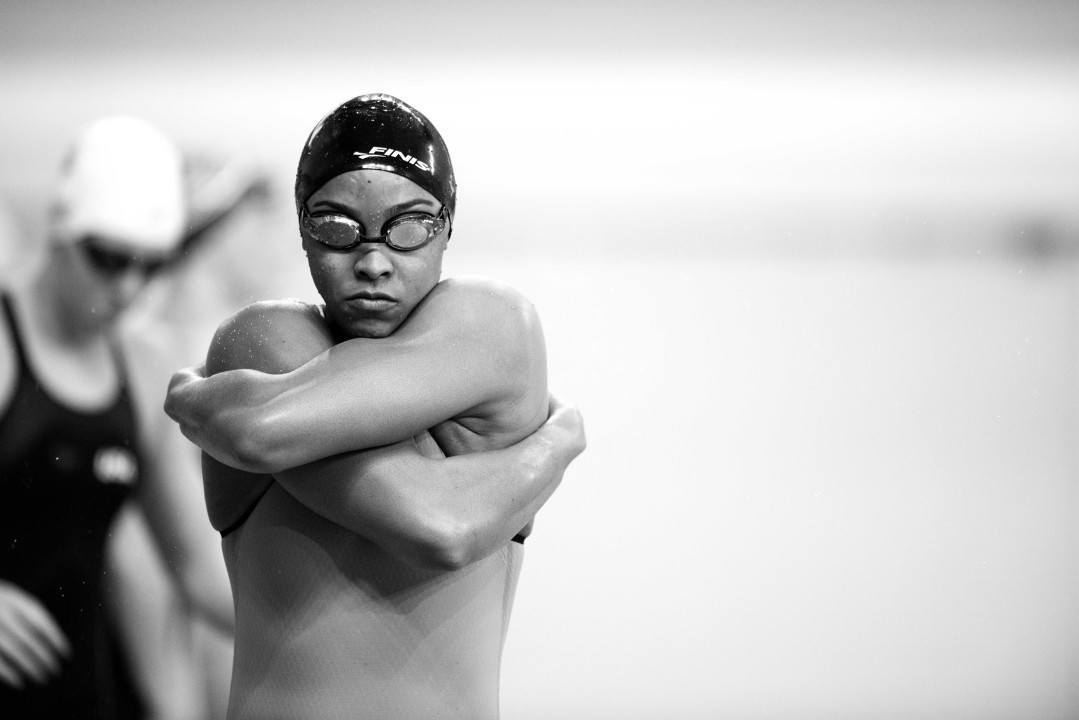 The 2016 Speedo Champions Series Eastern Section of the Southern Zone meet kicked off today at the Greensboro Aquatic Center in Greensboro, North Carolina. The meet was infused with key swimmers out of the region, including host state North Carolina, Kentucky and Georgia, many of whom competed at the 2016 U.S. Olympic Trials earlier this month.

Just four events were contested on both the men’s and women’s sides tonight, highlighted by a swift swim by SwimMAC Elite’s Arianna Vanderpool-Wallace. The Bahamian athlete, who will be representing her nation in Rio, scored a 50m freestyle mark of 24.68 to crush the field by over a second. The time scores a season-best for ‘AVW’, whose recent best time entering the meet was the 24.80 she registered at the Southern Premiere Meet in Knoxville last March.

For the men, Lithuania’s Simonas Bilis took the top prize in the splash n’ dash, touching out the field in a time of 22.64 for the only sub-23-second outing of the night. His result tonight ranks within the former North Carolina State Wolfpack swimmer’s top 10 performances of his career. Bilis’ season-best is the 22.22 he raced to in London at the 2016 European Championships, a time which garnered the 22-year-old a 9th place finish.

Prelims in Greensboro continue tomorrow at 9am EDT.

Additional Winners on the Night: