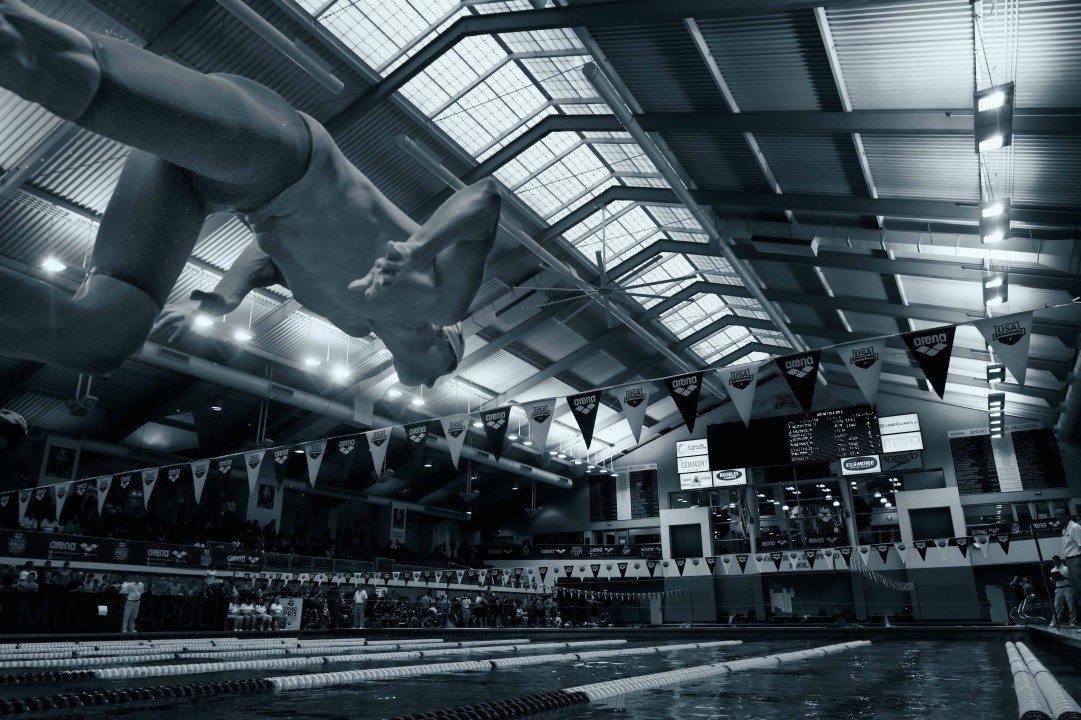 The Jean K. Freeman Aquatic Center erupted with chants of "GO GREEN," "GO WHITE" and "MSU" this weekend in what could be the Spartans' last meet. Stock photo via Mike Lewis/Ola Vista Photography

While an organized alumni group has not yet given up the fight, if they fail in their effort to save the program, this could be the women’s team’s last-ever meet. If it is, their opponents weren’t going to let them go without a celebratory sendoff.

A video posted by Michigan State alumnus David Habel on Twitter shows all of the participants in the Jean K. Freeman Aquatic Center in Minneapolis participating in Michigan State team cheers. With no spectators, the teams, in unison, were still able to raise the volume in the natatorium in support of the lost program.

The Michigan State women’s varsity team was started in 1970, and they quickly became a force in the Big Ten. The program won Big Ten titles in 1973, 1974, and 1975, before NCAA sponsored women’s athletics. Now, after 51 years, the program’s supporters are trying to rally to save the program.

After many other alumni groups had success using Title IX suits to save at least their women’s programs, including fellow Big Ten team Iowa, Michigan State swimmers are trying the same avenue, among others. They were dealt a blow in that effort earlier this month though, when a U.S. District Court judge denied an injunction that would temporarily stop the school from cutting the women’s team.

The judge in the case, Hala Y. Jarbou, ruled that there was no significant Title IX violation that would warrant a reinstatement of the women’s program.

The Spartans were sent off with a highlight moment in the pool as well, when senior Erin Szara made the Championship Final of the women’s 100 breaststroke, placing 8th in 1:00.66. She’s the school record holder in that event with a 1:00.30 from her sophomore season.

After no A-finalists last season and no A-finalist swimmers the season before, at least one member of the Spartan team got to wrap her Michigan State career the way she deserved.

Thank you swim swam for writing this article and bringing awareness! Go green!

Such a bittersweet moment. Heartbreaking to see that this could be MSU’s last meet, but there is hope for reinstatement. Go MSU!