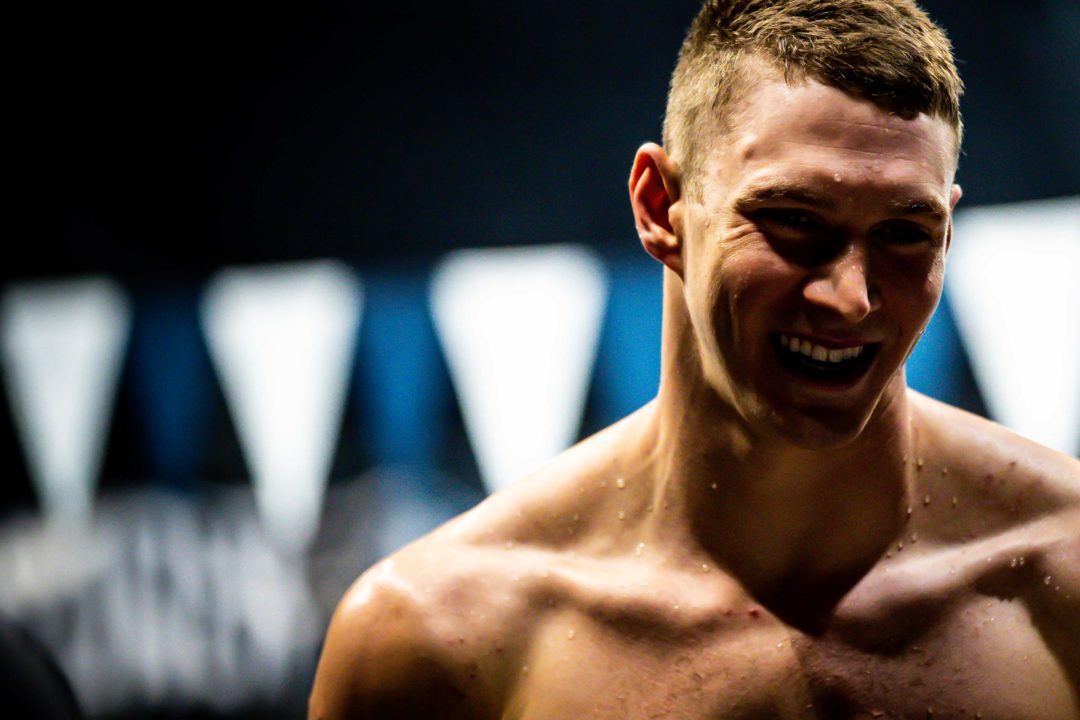 Read up on this week's edition of Beyond the Lane Lines, featuring Ryan Murphy, Rikako Ikee, Daiya Seto and more in unique stories from around the web. Archive photo via Jack Spitser/Spitser Photography

‘Close friend and fellow swim coach Mike Hartley said Elwyn was diagnosed with a brain tumor on April 29, only to find out it was cancerous days later. Hartley said Elwyn appeared to be doing well with chemotherapy but suddenly passed.’ (Wenatchee World)

Elwyn began coaching the Wenatchee swimming team in 2005 and helped improve the girls from a previous program best finish at the state championship meet of 6th place to at least a 4th place finish or better the past 7 years. During the 14 years Elwyn coached the team, they won 12 district titles.

British writer Lou Stoppard’s book ‘Pools’ hit the shelves this month, collecting photos of the author’s favorite pools from over the course of her personal swimming adventures.

“It probably sounds quite simplistic when you say you’ve done a book on the pool in photography, but it’s surprisingly revealing,” says Stoppard. “The pool attracts photographers creating narratives within their work, using it as a backdrop or a set for various subplots. For other photographers, it’s purely visual—about lines, symmetry and angles, and the interesting things they can do in terms of reflecting or warping certain forms.

“I was interested that the pool had crossed generations of photographers working in very different styles and with different agendas or ideals,” she says. “It doesn’t seem to have dated.”

Spread across 11 chapters covering subjects including architecture, meditation, and sex, the lavishly illustrated tome looks at the simple joy of the swimming pool from every possible angle, per Vogue’s review.

“One of my favorite chapters in the book is the coming of age chapter,” Stoppard adds. “It looks at the pool in the eyes of a young person and the sense of how freeing it feels to be in the water, that heady mania that comes out when you’re near a pool.” (Vogue)

Spanish joins already-in-place languages of French and English, with the organization citing the growing importance of the Spanish language in the sports arbitration world. 10% of CAS arbitration procedures involving Spanish speaking parties. Previously, parties could request that a CAS arbitration be conducted in Spanish, but such request was subject to the agreement of all parties involved and of the arbitrator(s) in
charge of the procedure.

Although not involving Spanish, language barriers were cited during the high-profile CAS hearing for Chinese multi-Olympic gold medalist Sun Yang. Sun was handed a hefty 8-year ban, but CAS did state  “some concerns were raised with respect to the quality of the interpretation of Mr. Yang’s testimony.”

19-year-old Japanese Olympian Rikako Ikee is slowly making her way back into training after having battled leukemia for most of 2019. Although she is targeting the Paris 2024 Olympic Games, Ikee is still very much involved with her home nation-hosted Games taking place next year, including speaking at a countdown event on July 23rd.

The teen free and fly specialist has also been staying engaged with her fans via social media and her personal website, culminating in a heartfelt ‘thank you’ letter she posted on June 24th.

“To everyone,” the hand-written message begins. “I’ve always been thinking about how I can thank everyone. Even when I was in the hospital He said, “I’m so incredibly blessed with the warm words.”

Regarding her SK-II campaign, where she showed her short hair and extra slim figure, Ikee states, “I was determined that day, but I was nervous until I pressed the “Share” button. When I saw the messages from everyone who received them, I was very happy to see that they were positively received.

“I am starting to resume school and training a little further now,” and “Thank you for being as it is and for taking the step forward. I would like to express my gratitude to the fans.”

Two-time 2019 world champion Daiya Seto remains one of the faces of the 2020 Tokyo Olympic Games, despite the big event being moved to next year. The 26-year-old dad of 2 girls has retained his automatic qualification for the Olympics, which he earned by taking gold in the 200m IM and 400m IM in Gwangju last year.

As such, the man has been keeping busy on the PR front, most recently appearing in a advertisement for consumer packaged goods powerhouse Procter & Gamble.

“The world has become a little bit smaller due to changes in everyday life,” begins the video ad, which you can see in its entirety below. Seto is seen virtually leading a small group of young children in a stretching routine in the ad.

Olympic champion Ryan Murphy of the United States recently spoke with Men’s Health regarding diet, nutrients, and what the former Cal Bear needs to perform at his best.

“I want to be able to refuel from my training, and use my diet to complement [it],” Murphy tells the magazine.

The backstroking ace shared that he typically eats a banana before early morning training, then comes home to an egg omelet with salmon, spinach, onions, and mushrooms. He may add a bowl of yogurt with berries and granola as well.

For lunch, Murphy goes for chicken, salmon, or turkey, along with rice or quinoa and a veggie. Dinner is his biggest meal, with the menu typically consisting of simply more of the types of things he eats for lunch.

“I try to keep it relatively simple so that it’s easy for me to follow, but my diet is a huge part of my performance,” he says. “I’ve invested a lot of time and energy into finding what works for me.”