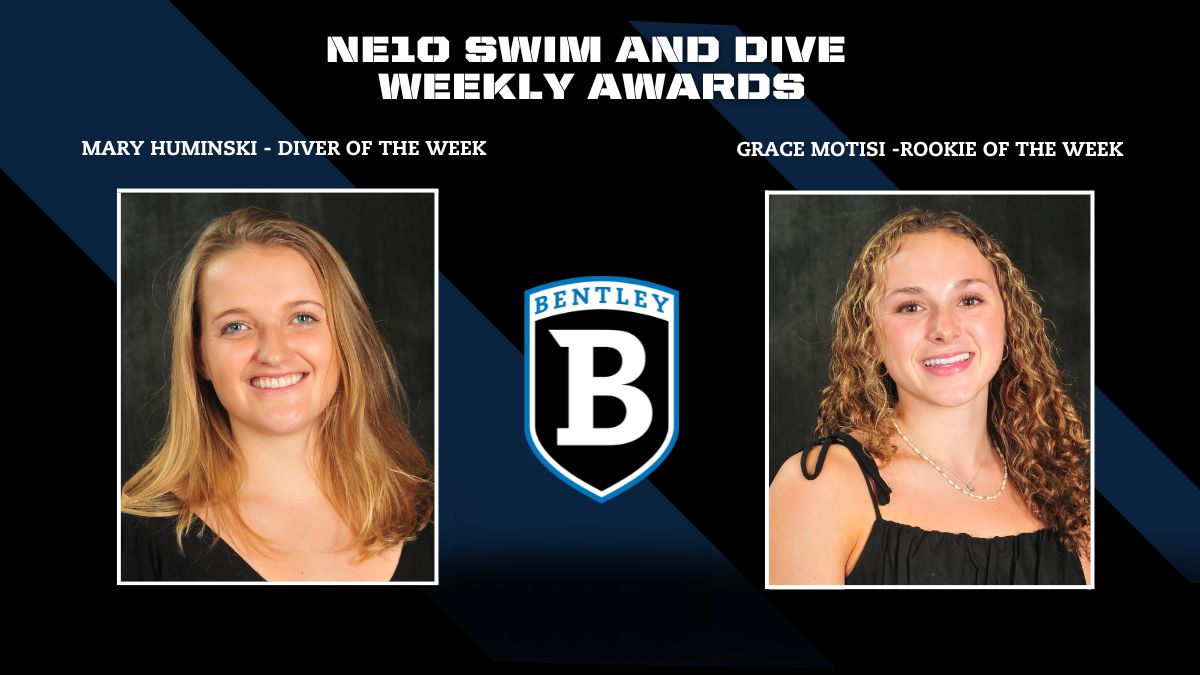 Huminski was selected as the NE10 Women’s Diver of the Week for the first time this season and the 11th time in her career. Motisi became the fourth Falcon this season to receive NE10 Rookie of the Week honors.

In Bentley’s win over Keene State Saturday, Huminski finished first in the one-meter diving with a score of 289.48. The two-time NE10 Women’s Diver of the Year did not compete off the three-meter board.

Also recognized, with selection to the NE10 Weekly Honor Roll, was senior Dariana Gonzales (Stamford, Conn./Westhill HS). She finished first in both the 50 yard backstroke (28.96) and the 100 freestyle (54.40) with her latter time a Northeast-10 season-best. She was also part of a 200 free relay team that placed second in 1:44.78.

Bentley, 5-1 with a five-match winning streak, will compete in the Gompei Invitational at WPI December 2-4.