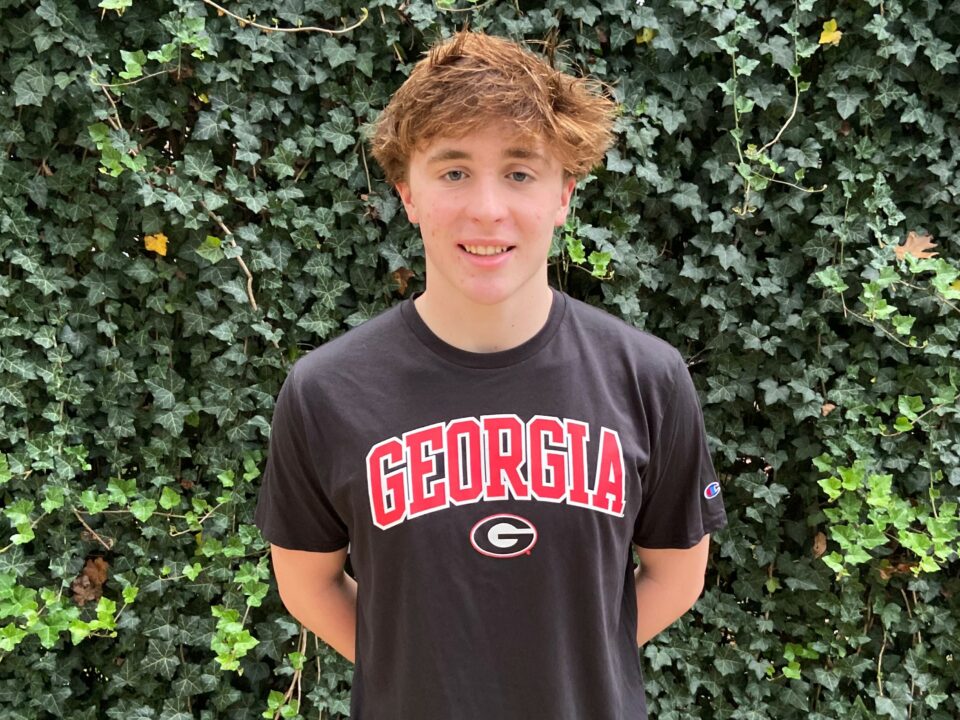 The Baylor School won both the boys and girls Tennessee high school state titles, while McCallie senior Sam Powe set a state record in the 100 back. Current photo via Sam Powe

The Tennessee high school state championships took place this past weekend in Nashville, Tennessee and Chattanooga’s Baylor School, historically both a Tennessee and national high school powerhouse, won both the boys and girls team titles.

The Baylor boys were led by their impressive depth, but also won three individual state titles. Sam Flack, a junior who has committed to NC State and is also Baylor Head Coach Dan Flack’s son, led the Raiders with a 1-2 finish in the 500 free. Flack touched first in 4:25.66, just ahead of fellow Baylor junior Josean Massucco, who touched in 4:25.77. In Flack’s other individual event, the 200 IM, he touched in third in 1:51.53.

His sophomore teammate Drew Hitchcock put up a dominant performance to win the 200 IM in 1:48.03, off of his lifetime best of 1:47.25 from Winter Juniors in December. Hitchcock also notched a runner-up finish in the 100 fly, touching in 47.82, a new lifetime best. Also winning an individual state title for Baylor was publicly uncommitted senior Charles Han, who took the 100 breast in 56.74.

Baylor’s Chattanooga rival, the McCallie School, finished second behind a pair of dominant individual performances from senior Sam Powe. Powe, who will join the Georgia Bulldogs in the fall and was named the Swimmer of the Year for the second straight year, won both the 200 free and 100 back. In the 200 free, Powe touched first in 1:37.44. He later returned to break the Tennessee state record in the 100 back, stopping the clock in 46.97. Both swims were new lifetime bests for the senior.

McCallie also won both the 200 medley relay and 200 free relay. Powe and Johnson starred in both relays, putting up a pair of blistering splits. In the medley, which they won in 1:29.10, Powe led off with a 21.83 in the back and Johnson anchored in 19.96. In the free relay, Powe swam a 19.85 in the spot before handing off to Johnson, who anchored in 19.70. The 200 free relay broke the state record from 2009 with a 1:21.96. McCallie head coach Stan Corcoran was also named coach of the year for his team’s success.

The Baylor girls used an impressive display of depth to win their team title, winning no individual events despite capturing the team crown.

Leading the way for the Raiders was junior Lillie Boggs, who logged a pair of second place individual finishes. Boggs, a University of Kentucky commit, recorded her first runner-up finish in the 500 free, touching in 4:56.75. She came back just a couple of events later to finish second in the 100 breast as well, finishing in 1:03.50. Her 100 breast is a new lifetime best, while her 500 is just off of her lifetime best of 4:56.10 from last spring.

Ravenwood junior Morgan Carteaux was named Swimmer of the Meet, courtesy of first place finishes in the 50 free and 100 fly. The Auburn commit started her meet with a 22.80 in the 50 free and then returned to win the 100 fly as well in 53.24. Both swims were new lifetime bests for the junior, whose previous best times came from Winter Juniors in December.

Also impressing was Maryville High School senior Julia Burroughs. A University of Tennessee commit, Burroughs won both the 200 and 100 free on the weekend. On Friday, Burroughs put up a 1:47.68 in the 200 to win by nearly three seconds. The next day she returned to win the 100 as well, touching in 49.45, a half second ahead of Girls’ Prep School’s Ellen Taliaferro, a North Carolina commit. Both swims were just off of Burroughs’ lifetime bests of 49.31 and 1:46.93.