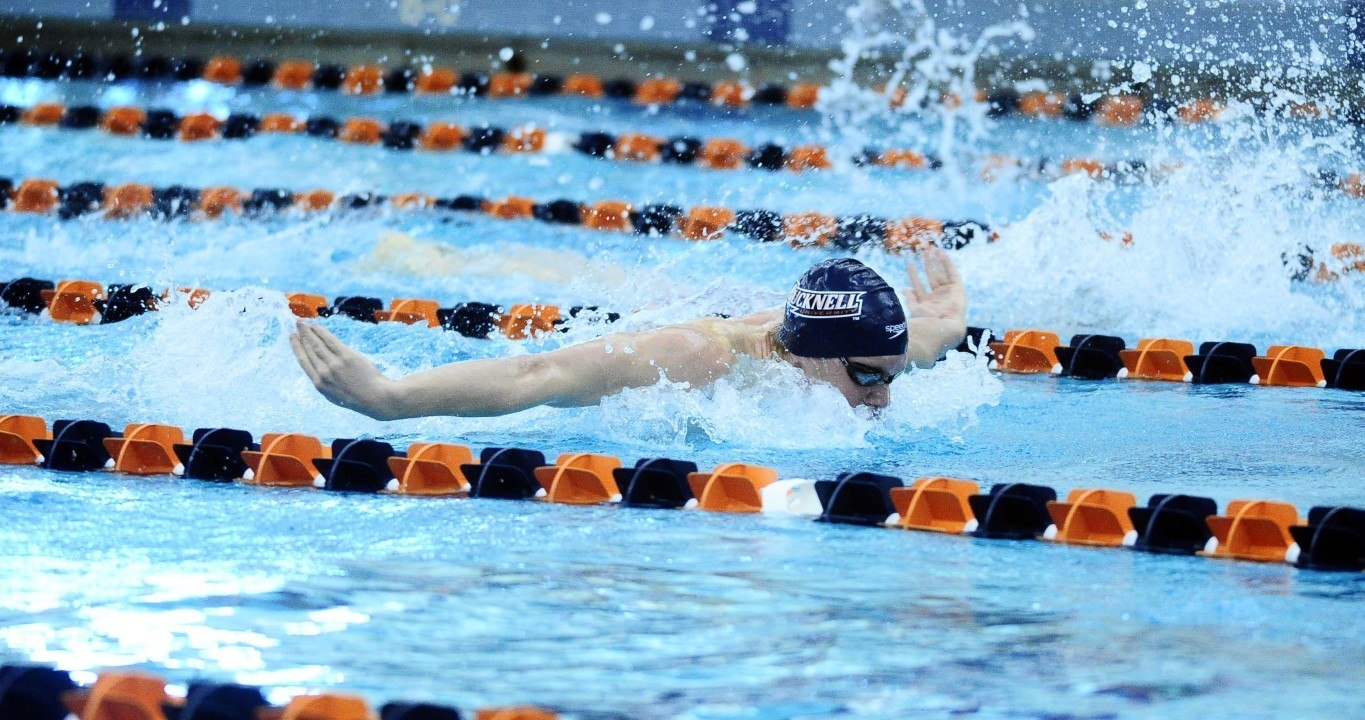 While Navy continued to lead the women’s and men’s standings on Day Three of Patriot League Championships, a battle brewed among contenders for the runner-up position. Army West Point had a huge day in the women’s meet and moved ahead of Boston University to take second. The Black Knights were also in second on the men’s side. BU was third and Bucknell fourth in both meets, but strong swims all around kept the meet close heading into the final day of competition.

In a repeat of last year’s 100 fly final, Rachael Dudley (53.95) of Navy was first and Army West Point’s Molly Mucciarone (54.31), second. 2016 marked the fourth consecutive silver-medal finish for Mucciarone in this event. Third place this year went to Julimar Avila of Boston University (54.60).

In the men’s 100 fly, it was the third victory in a row for Navy senior Jonathan Debaugh. His final performance was his fastest, and it gave him both the meet and the Patriot League records with 47.01. Teammate Ryan Bailey was just behind in second with 47.42, while Army West Point’s Jason Rodriguez came in third with 47.94.

Navy teammates Kenzie Margroum and Maddie Thompson went 1-2 in the 200 free for the second time in two years. Margroum erased the League and meet records this time, though, with a speedy 1:45.87. It was her second victory of the meet, as she won the 50 free on Thursday. Thompson came to the wall in 1:47.65, a second ahead of teammate Casey Lawson (1:48.67).

Navy freshman Lauren Barber set the pool on fire with a 1:00.77 win in the 100 breast. Barber took down the meet and pool records, and was .05 off the League mark. Navy teammates Ellen Bradford (1:01.83) and Hanna Gillcrist (1:01.86) placed second and third. Gillcrist won this event as a freshman in 2014. It was Bradford’s fourth consecutive silver medal.

League and meet record-holder Emma Levendoski of Bucknell won her fourth consecutive 100 back title going 53.95. Teammate Rachel Perry was third with 55.31, while Navy’s Elizabeth Graeff slipped between the two Bison for a second place finish in 55.08.