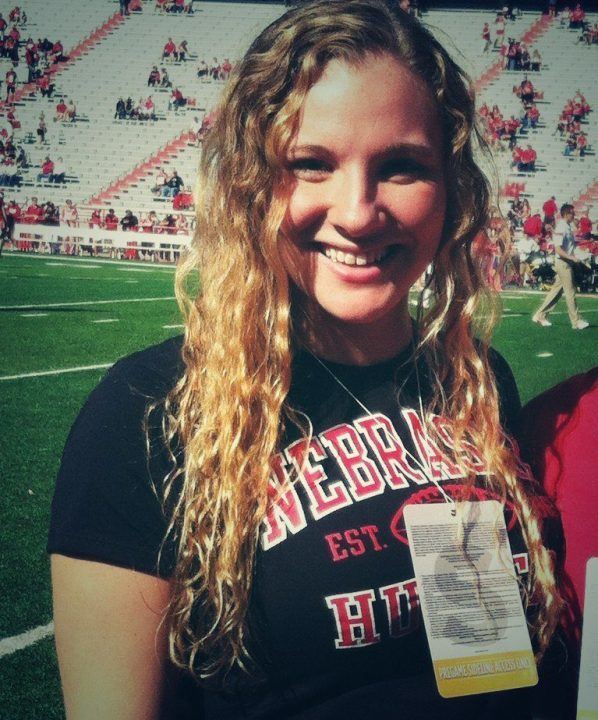 Morgan McCafferty of the Greater Columbus Swim Team of Ohio and Reynoldsburg High School has verbally committed to the Nebraska...

Morgan McCafferty of the Greater Columbus Swim Team of Ohio and Reynoldsburg High School has verbally committed to the Nebraska Cornhuskers.

McCafferty is a backstroker and IM’er, who made the A-Final at the 2014 Ohio Division I (big school) State Championship meet last year in the 100 back and 200 IM.

Her best times in her three best events are:

McCafferty is unique among swimmers in her tier of times in that she says that she’s never in her life swum a double.

“We did a lot of (race pace training) in the spring, but my coach is mainly focused on aerobic sets with quality technique,” McCafferty said. “He believes we can swim as fast as other people who do doubles if we have the correct technique.”

She’s consistently dropped time over the last 4 years, never going a season without a lifetime best in the 100 back. During that time, she’s been able to keep improving despite having 5 different coaches in the same time period.

In the Big Ten, backstrokers are always at a premium, and McCafferty’s arrival will give the Cornhuskers two good ones: Jackie Juffer was a 55.56 last year and will be a senior when McCafferty arrives.

Congrats to a hard worker !! You made Reynoldsburg proud.