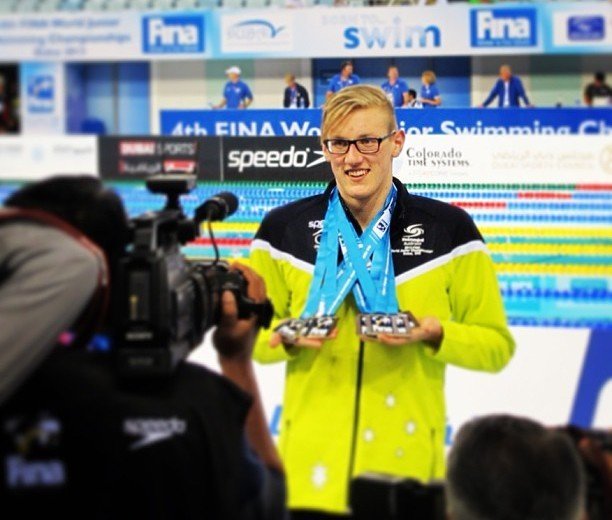 Having recently competed at the Australian Swimming Championships, Mack firmly made his mark with one gold and one silver medal and three Junior World Records.  He will now set his sights on the Glasgow 2014 XX Commonwealth Games and Pan Pacific Championships where he will represent Australia in the senior team, and says the 2016 games in Rio is his ultimate goal.

Melbourne-born Mack made a name for himself in the swimming world in March 2012, when at just 15 he finished second in the 1500m Freestyle at the Australian National Championships in Adelaide. He went on to represent Australia at the Junior Pan Pacific Championships in Hawaii in 2012, followed by the 2012 FINA World Cup events in Asia.

Last year Mack scooped an incredible five gold medals and five championship records at the 2013 FINA World Junior Championships in Dubai, as well as consecutive silver medals in the 1500m Freestyle at the Australian Championships.

Speaking of the partnership, Mack said:

“Speedo has played a huge role in supporting Australian swimming so it’s an honour to be able to work with them as I start on my own international swimming journey. I’ve always used and loved Speedo products and I’m looking forward to working together in and out of the pool.”

“Mack’s achievements speak for themselves and it’s great that he has chosen to become an ambassador whilst continuing to wear Speedo. We’re very excited to welcome him to Team Speedo, he’s an exciting new talent with fantastic potential, and a great example of why we’re committed to supporting swimmers at every level.”

This release is courtesy of Speedo International.

nice catch for speedo, this kids a star, Sun will have to work to stay ahead of this next generation of distance swimmers.